P455M worth of ‘shabu’ seized in Las Piñas buy-bust 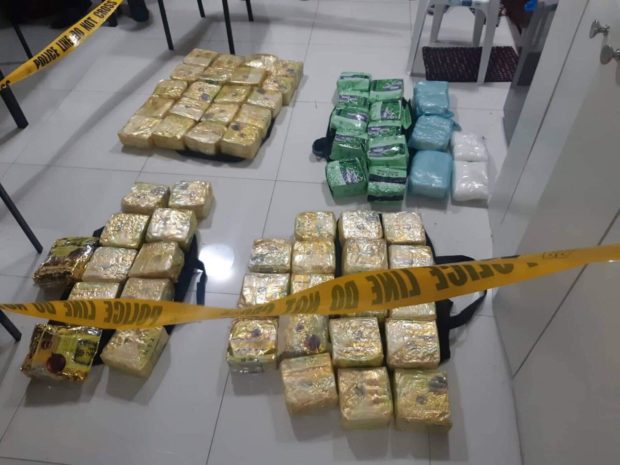 Agents of the PNP-PDEG and PDEA seized 67 kilograms of suspected crystal meth or “shabu” during a buy-bust operation in Las Piñas on Saturday, Nov. 30, 2019. Image: Courtesy of the Southern Police District.

The arrested drug suspect, police said, was also the alleged live-in partner of one Joel Bustamante, who was nabbed last Nov. 27 for allegedly being involved in the illegal drug trade.

According to the report, Lt. Gen. Camilo Cascolan, PNP deputy chief for operations, got word from an apartment owner, who suspected that someone could have been involved in illegal drug activities.

Cascolan then requested assistance from the SWAT operatives of the Las Piñas police for the buy-bust operation.

The seized items were turned over to the agents of PDEA for further examination.