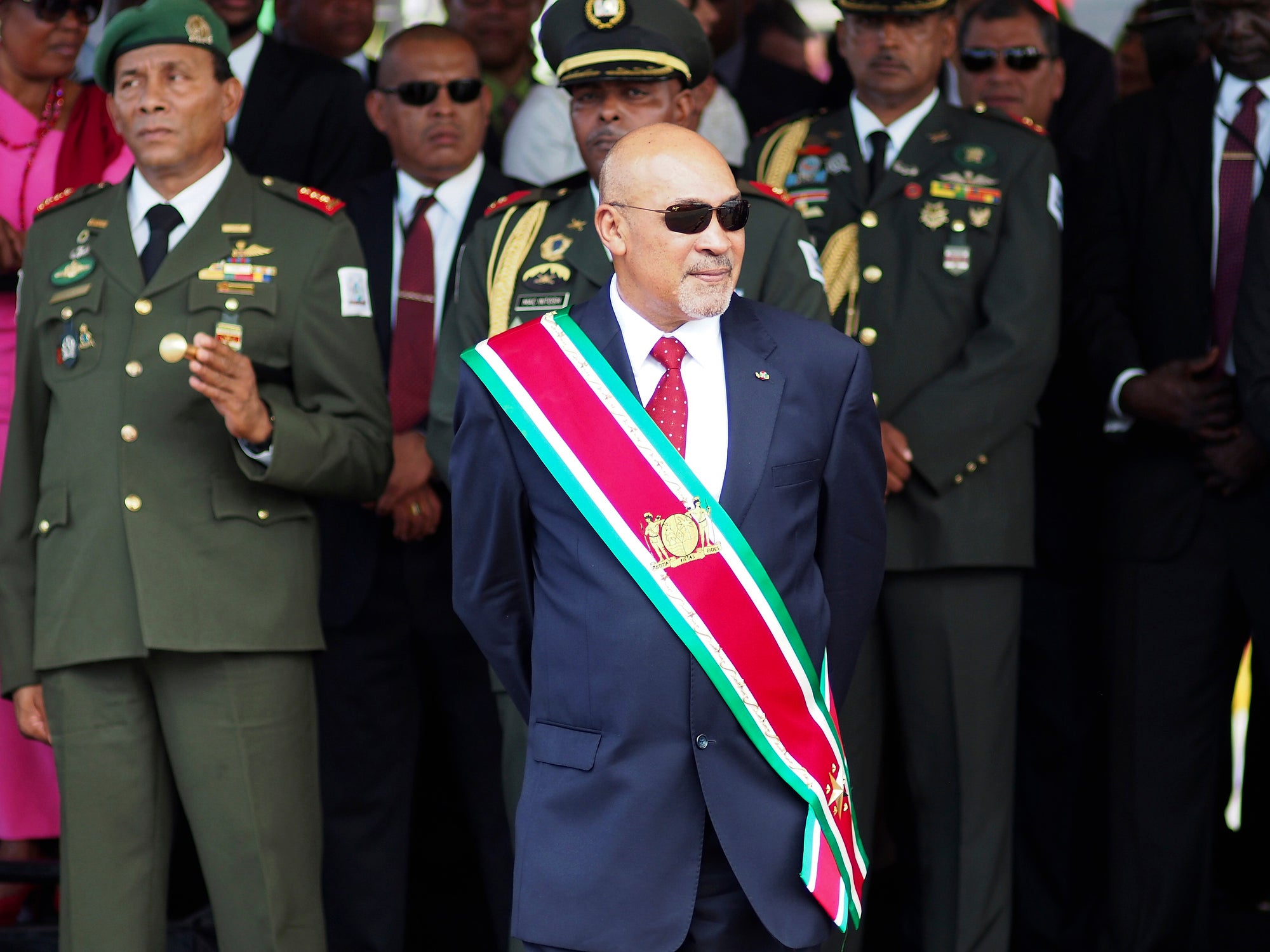 FILE – In this Aug. 12, 2015 file photo, Suriname President Desire “Desi” Delano Bouterse observes a military parade, after being sworn in for his second term, in Paramaribo, Suriname. A Suriname court on Friday, Nov. 29, 2019, convicted Bouterse in the 1982 killings of 15 political opponents and sentenced him to 20 years in prison. (AP Photo/Ertugrul Kilic, File)

PARAMARIBO, Suriname  — A court in the South American country of Suriname convicted President Desi Bouterse on Friday in the 1982 killings of 15 political opponents and sentenced him to 20 years in prison.

The decision by a panel of three judges marks the end of a historic trial that began in November 2007, although it was not immediately clear what happens next.

The judges did not issue an arrest order, and Bouterse’s attorney, Irvin Kanhai, immediately appealed the decision, calling it a “political verdict.”

Shortly after the court issued its decision, the government asked Suriname’s more than half a million inhabitants to remain calm.

“Democracy remains of paramount importance,” officials said in a statement.

Bouterse is currently on an official trip to China and could not be immediately reached for comment. He accepted “political responsibility” for the killings in 2007 when he offered his first public apology but insisted he was not present.

Hugo Essed, a lawyer for relatives of the victims, said Bouterse should step down immediately.

“It’s a shame for him to remain as president,” he said.

The case is known in Suriname as the “December killings,” and the victims included some of the most prominent citizens of Suriname such as lawyers, journalists, and a university professor.

Bouterse and 24 co-defendants are accused of rounding them up and executing them inside a colonial fortress in the capital of Paramaribo.

Bouterse first seized power in Suriname following a coup in 1980, five years after the small country gained independence from the Netherlands. He stepped down under international pressure in 1987, then briefly seized power again in 1990.

He was then elected president in a parliamentary vote in 2010 and re-elected in 2015. Shortly after he was elected, he pushed through an amnesty law that was ruled unconstitutional. Then in 2016, he directed Suriname’s attorney general to immediately halt the legal proceedings against him, but the court ruled he could not do so because they had already started.

Bouterse was previously convicted by a court in the Netherlands in absentia of drug trafficking in 1999 but avoided an 11-year prison because he cannot be extradited under Surinamese law.