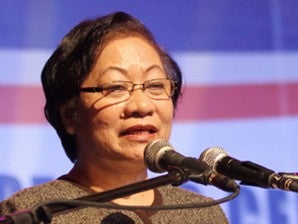 While there has been no official word from Malacañang, the head of the Philippine Overseas Employment Administration (POEA), Carlos Cao Jr., said his bosses at the Department of Labor and Employment (DOLE) had told him to prepare to vacate his post.

Cao said Thursday, “I was informed verbally a few days ago by higher-ups at DOLE that they want to replace me … but I have not received anything from the Office of the President.”

“Whether I’m finally replaced or not, I continue to believe in and support this administration. I have no rancor. I’m not angry. I continue to pray for this government to succeed,” he said in an interview.

Sources at DOLE last week hinted that Cao was on his way out, with Labor Undersecretary Hans Cacdac expected to replace him on Monday.

Cacdac and Labor Secretary Rosalinda Baldoz declined to comment Thursday on Cao’s departure from the POEA.

“I serve at the pleasure of the President,” Cao said.  “I’ve already been here for nearly a year and I’m thankful for the opportunity given to me to serve our overseas Filipino workers.”

Cao said he was not aware of the reason for his impending removal.

“It’s beyond me. By the grace of God and the cooperation of our stakeholders, we have been able to improve the processing of our OFWs here at the POEA,” Cao said.

“When I arrived here, they would still be here up to 7 p.m. I’m now looking at our

Balik Manggagawa (kiosks) and it’s only 3 p.m. but there are now only a few remaining people in the lines,” he said.

Cao said that there was also an improvement in the deployment of OFWs this year compared to 2010.

“There’s no issue against me but whatever is the decision of the higher-ups, I will comply. This has been a most cheerful time for me because I find joy in serving the people,” he said.

Cacdac, Cao’s expected replacement, is an old hand at the POEA, having served as deputy administrator in charge of licensing and adjudication from 2006 to 2010.

President Aquino appointed him undersecretary for labor relations in September 2010. Among the cases he handled was the labor row at Philippine Airlines, which remains turbulent to this day.

Cacdac has also occupied various positions at DOLE, among them, as director of the Bureau of Labor Relations and executive director of the National Conciliation and Mediation Board.

A lawyer and  multiawarded writer, Cacdac once served as coordinator for the Urban Poor Unity of the Ateneo University-based Sentro ng Alternatibong Lingap Panligal.

Read Next
Mindanaoans, ‘very poor’ have highest hope
EDITORS' PICK
Duterte blasts rights groups for overlooking the ‘other side’ of drug war
153 protests filed vs China actions in PH waters in 2021 — DFA
Next level mobile photography within reach with vivo X70 co-engineered with ZEISS
Delivering delight against all odds
Leaked: A 60x Zoom and all-new Helio G96 mean a complete overhaul for TECNO Mobile’s new CAMON 18 series
Lacson wants DOF to suspend TRAIN law as oil prices rise
MOST READ
Robredo to supporters: Be calm, gentle and do good deeds
Matibag calls Senate budget hearing ‘political,’ gets kicked out
Duterte inaugurates P684-M bypass road project in Quezon
Duterte: No drug dealers among the rich in PH
Don't miss out on the latest news and information.