Student activists, labor organizers, artists and cultural workers, a church social worker and organizer, a people’s lawyer, and a group of five farmers and fishermen: all of them will be honored on Saturday, Bonifacio Day, their names etched on the black granite Wall of Remembrance at Bantayog ng mga Bayani grounds in Quezon City.

Every year, names are added to the Wall of Remembrance to recall the heroes who defied martial law, and to make sure that people will never forget the horrors of that era.

The ceremonies will begin at 4 p.m. with former Supreme Court Justice and former Ombudsman Conchita Carpio Morales as guest speaker. The public is invited.

The Bantayog Memorial Center is at the corner of Edsa and Quezon Avenue.

Escribano was a popular campus figure at Maryknoll (now Miriam) College and the University of the Philippines, where her fashionista image gave way to that of an activist when she got drawn into problems that plagued the country under the Marcos government.

Using her talent in the visual arts, Escribano raised the consciousness of impoverished farmers and workers even as she sought out and got other artists involved. She provided guidance to younger activists and later trained and organized settlers in rural areas so they would not become victims of abuse.

After the fall of the Marcos dictatorship, Escribano and her family moved to Tacurong in Sultan Kudarat and set up farmers’ organizations. She ran for governor of the province in 1992, but lost. She died of natural causes in 1993. 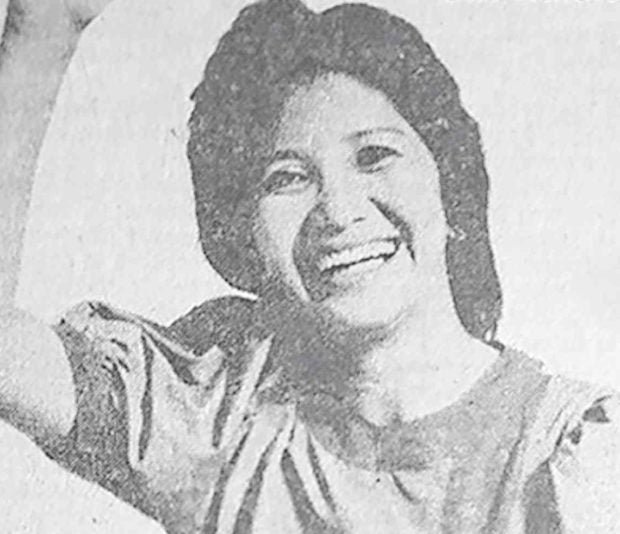 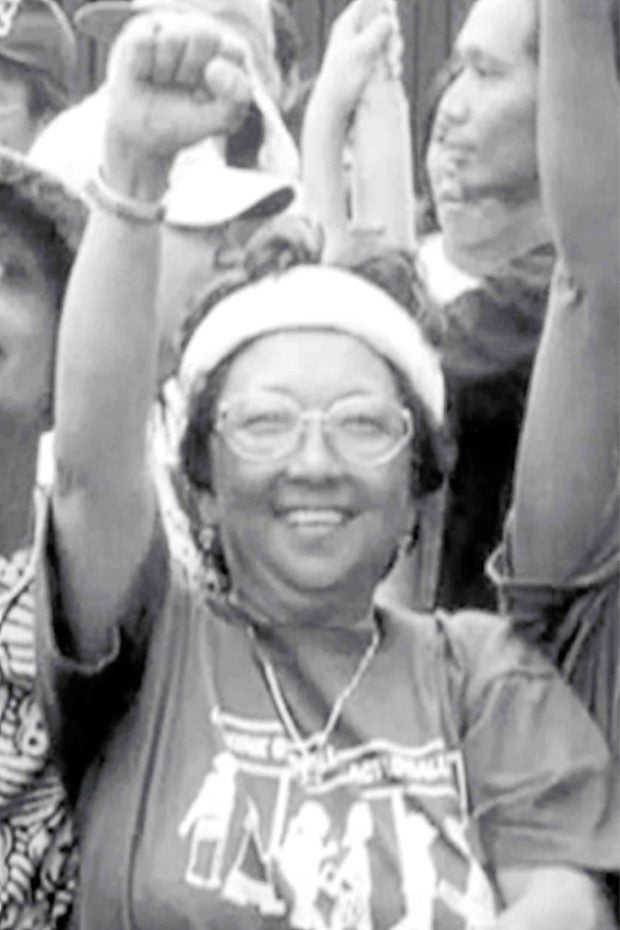 Marasigan was a known figure in church groups under the National Council of Churches in the Philippines (NCCP), where she was familiarly known as Bulletx. She worked in the NCCP’s family ministries and later headed its Ecumenical Ministry for Political Detainees. Her activism made her a target of the Marcos dictatorship, and landed her in detention for a year.

After the Marcos years, the Marasigans moved back to California where she worked as a social worker in the Filipino migrant community, opening her home to newly arrived immigrants.

She died in a freak accident in 2000. Her passing was met with posthumous awards and citations.

When the so-called First Quarter Storm broke in 1971 in Manila, many student activists in Davao, including Abellana, responded to the call to oust the Marcos government. At the onset of martial law in 1972, he packed his bags and headed to the rural areas of Davao del Norte where he did political work. He later moved to Misamis Oriental to help intensify the resistance movement there.

Abellana was reportedly killed sometime in 1975 in a raid by soldiers on a remote village in Magsaysay, Misamis Oriental, though his family did not learn of this until much later.

The Abellana home was a target of military raids in the 1970s and early 1980s. His brother Nelson was arrested and tortured, while his brother Noel was killed by the military in 1986. 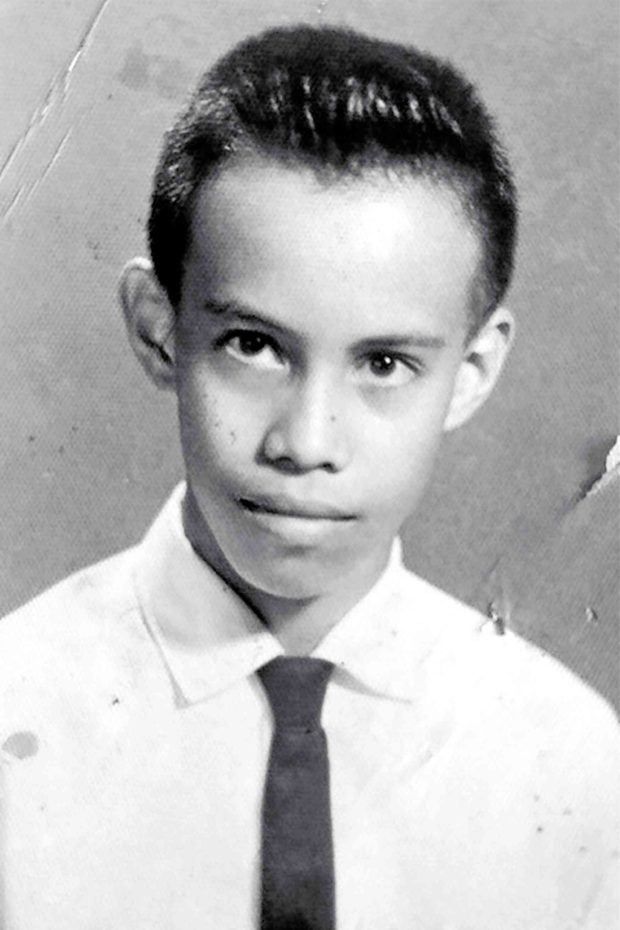 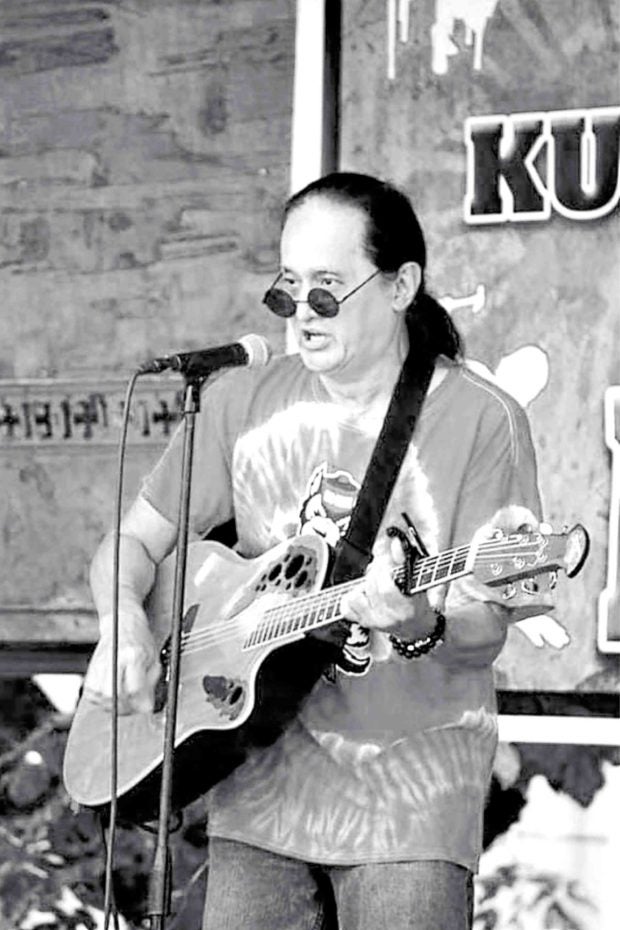 Abiog studied political science at the Polytechnic University of the Philippines in hopes of becoming a lawyer like his father. Inclined toward the arts, he joined Samahang Kamanyang and became a performer, choir master and musical director.

Despite the ban on all forms of protests during the martial law years, he found ways to use the performing arts to expose the excesses of the regime, educating trade union members south of Manila.

Abiog continued his organizing work in the labor sector even after the Marcoses were ousted. He died of a heart attack in 2016.

Born and raised in Davao City, Cayunda pursued a chemical engineering course at the University of Mindanao while also spending a lot of time in cultural activities, including directing street plays that depicted societal ills. He was among those who participated in the “Battle of Claro M. Recto,” the aftermath of student protests over campus matters where one student speaker, Edgar Ang Sinco, was shot and killed by a policeman.

Included in the campus blacklist, Cayunda decided to be a full-time artist-activist. 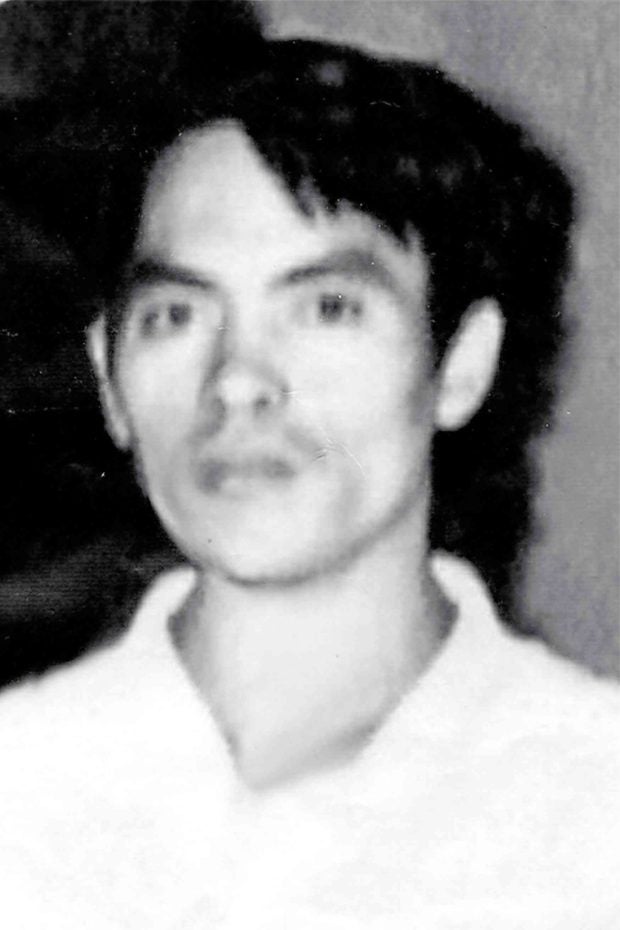 Cayunda and his then girlfriend, Fe Carreon, were arrested on Nov. 20, 1972 in Indangan, Davao City. His captors tortured him but he did not break. After almost a year in detention, Cayunda and Carreon were released. They proceeded to Zamboanga del Norte where they got married and eventually worked in an underground publication.

He was in a meeting in Midsalip, Zamboanga de Sur, when his group encountered the paramilitary group Ilaga, who killed him and an unnamed woman in an encounter. His head was reportedly displayed in a military detachment in Dumalinao town. His family never recovered his body. He was 31 when he died. 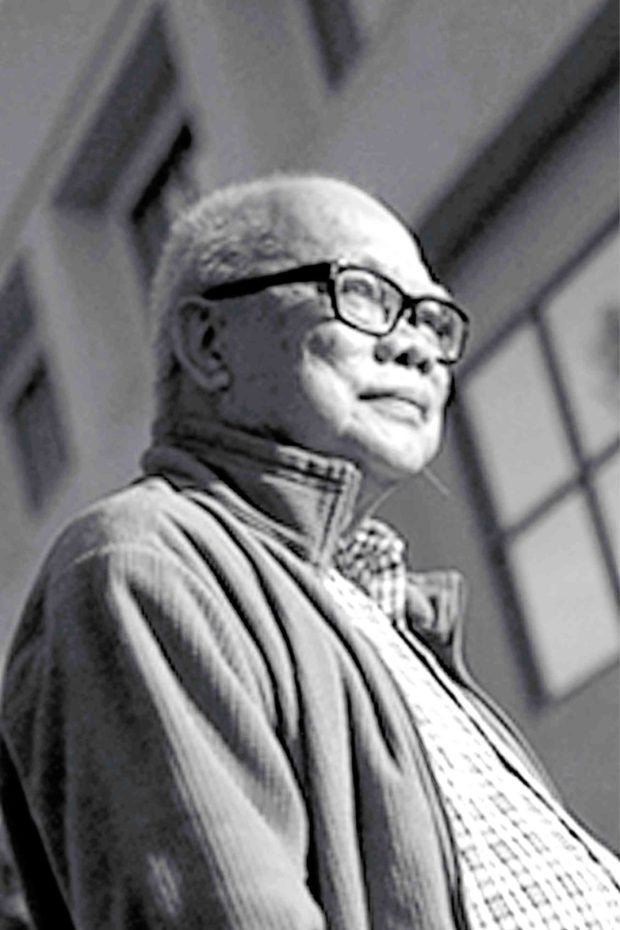 Rodolfo Lagoc was known as a “people’s lawyer,” who worked as an arbiter at the National Labor Relations Commission (NLRC) for Region 6 based in Iloilo.

During martial law, he was among the progressive lawyers often called upon to defend arrested students, workers and farmers. He also organized professionals, including other lawyers in Western Visayas to advocate for a nationalist education and industrialization, human rights and the economic empowerment of the working class.

When the military invited Lagoc for “a few questions” sometime in 1972, the invitation turned into six months of detention at Camp Delgado in Iloilo and two months of provincial arrest. No charges were filed against him.

After his release, Lagoc continued his work as NLRC labor arbiter. He joined the Free Legal Assistance Group founded by Sen. Jose W. Diokno despite risks to his security, and became NLRC director for Region 6 toward the end of the Marcos dictatorship.

Not one to sit around, he defended indigenous groups whose ancestral lands were threatened by mining, dams, and other infrastructure projects.

While visiting his children in California in 2012, Lagoc died of heart failure. He was 77.

The so-called Bacong Bridge martyrs were killed on Dec. 19, 1981, during a protest rally in Culasi, Antique.

The rallyists, mostly farmers, wanted the mayor to stop collecting taxes on farm produce brought down from the uplands. Though soldiers kept blocking their way, the farmers were confident about their safety.

When they reached Bacong Bridge, the soldiers stopped the farmers for the third time. But they only wanted to see the mayor, the rallyists protested. 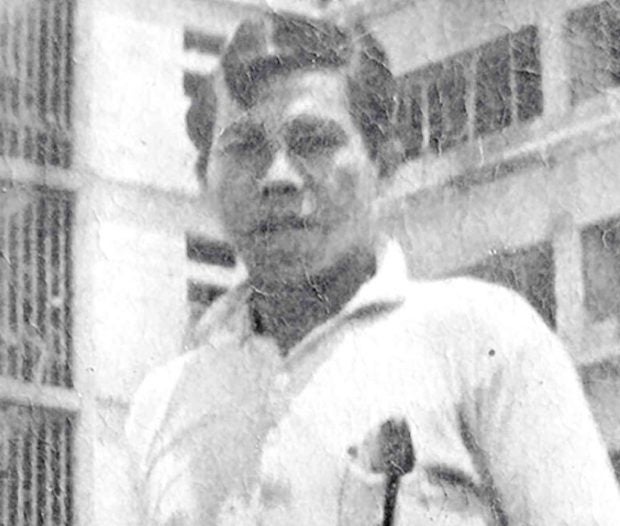 Three Bantayog honorees of previous years will be specially honored today. They are: Claro G. Cabrera (1956-1984), Rolando M. Castro (1952-1984) and Pepito L. Deheran (1956-1984). Their names were among the first on the Wall of Remembrance, but no ceremonial honors were given them in the past.

The eleven honorees of 2019 bring to 316 the names engraved on The Wall which stands a few meters away from the 14-meter (45-foot) bronze monument of a defiant mother holding a fallen son.

The monument by renowned sculptor Eduardo Castrillo, the commemorative wall and other structures at Bantayog Memorial Center are dedicated to the nation’s modern-day martyrs and heroes who fought, in ways they knew how, against martial rule (1972-1986), to help restore freedom, justice and democracy in the country.

The first 65 names were engraved on the wall in 1992. The Bantayog ng mga Bayani Foundation is chaired by former Sen. Wigberto Tanada.