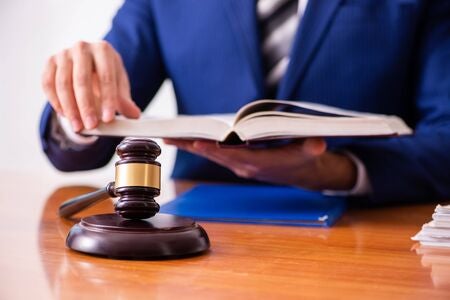 A man from the United States took his oath as a lawyer before the same judge who sent him to prison 20 years ago.

Robert VanSumeren spent six years in prison as a teenager for robberies. At 40, he is now a lawyer in Michigan after being sworn in on Nov. 22 by Hillsdale County Circuit Court Judge Michael Smith, the Hillsdale Daily News reported on Tuesday, Nov. 26.

Smith admitted to the new lawyer: “I don’t remember your case, which in this instance is probably a good thing.”

The judge asked VanSumeren if he wanted to speak, and VanSumeren chose to thank his family. “I wouldn’t be here today without the support of my wife, family and children. It takes a village.”

During his younger years, VanSumeren found himself in a bad place after his family split up. He abused drugs and alcohol and in the process, robbed a gas station and was involved as well in a bank robbery. He was sent to jail in 1999.

After his release in 2005, VanSumeren went to college. It took him years before he decided to go to law school in 2015. He passed the state bar in 2018.

“When I got out of prison in 2005, I really struggled to find examples of people who had gotten out of prison and really thrived in professions,” he said.

“I didn’t know if it was possible, but now 15 years later, there are a lot more stories like mine.”

“I’m happy to come back and make a full circle,” he said. “It seems appropriate and I was glad [Smith] agreed to do it.”  Niña V. Guno /ra