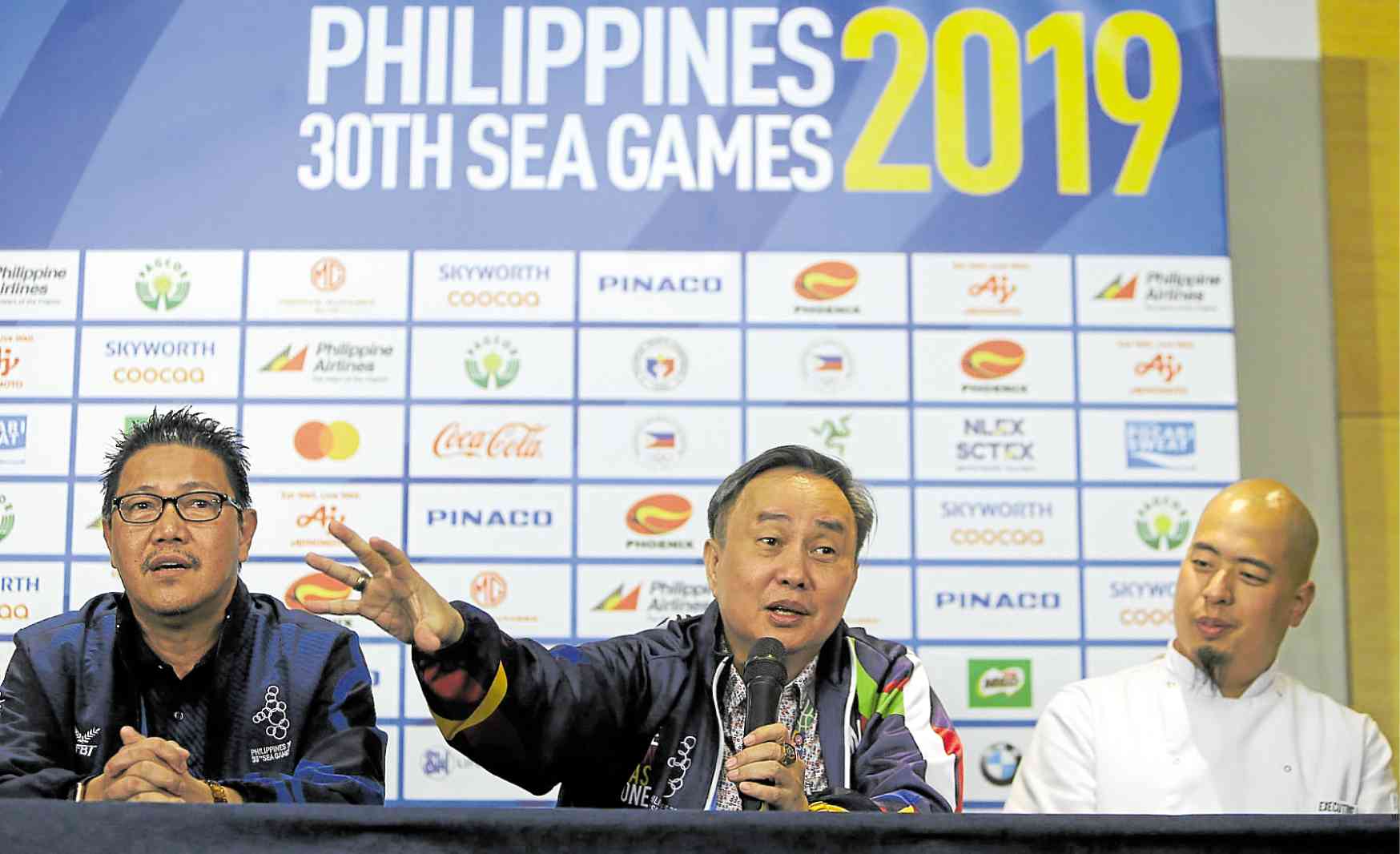 MANILA, Philippines — Seeking to avoid losing face, President Rodrigo Duterte wants to have reports of problems in the Southeast Asian Games preparations investigated and to hold people accountable should irregularities be found, Malacañang said on Wednesday.

The Palace shared the President’s reaction to snafus bugging the preparations for the Games, as the Philippine Southeast Asian Games Organizing Committee (Phisgoc) and the Philippine Olympic Committee (POC) called for a ceasefire on negative reporting.

“It’s unfortunate that it’s our fellow Filipinos who are trying to bring this hosting down,” Suzara said at a press conference at World Trade Center in Pasay City.

“I’m appealing to all of you to put a positive note on what we have done,” Suzara added.

The Philippines’ preparations for the hosting of the 30th Southeast Asian Games have been marred by controversy.

Members of the foreign delegation who came to the country had complained about being picked up late from the airport that affected their training schedules, and about inadequate water, food and toilet facilities.

Presidential spokesperson Salvador Panelo said Mr. Duterte was not happy about what he had been hearing about the Games.

“He said they should do their job well so that we would not lose face before other countries,” Panelo said in an interview on Radyo Pilipinas.

The President also reminded the Games organizers not to let the country down.

“‘With barely four days to go (before the SEA Games opening), we can’t afford to fail. We’re the host. We should not be embarrassed.’ That’s what he said,” said Sen. Christopher “Bong” Go, referring to Mr. Duterte whom he spoke with on Tuesday night.

Go, Mr. Duterte’s former longtime aide, told reporters that the President wanted the sports officials “to carry on with their tasks and let’s just discuss the complaints later.”

Monico Puentevella, who was organizing committee chair in Manila’s 2005 hosting of the Games, was one prominent critic of the preparations.

“You know I’ve been in all SEA Games, Asian Games, Olympics. We never had this treatment before in other countries,” he said in a TV interview.

The Games in Clark, Manila and Subic, which run through Dec. 11, are particularly complex with a record 56 sports across dozens of venues that are in some cases hours’ drive apart, even before Manila’s notorious gridlock traffic is factored in.

At the press conference, Suzara said observers from various countries like Vietnam and Cambodia were closely monitoring the hosting of the biennial meet.

“They are coming here and learning bad news,” he said. “It’s not helping [us].”

And it doesn’t help the Phisgoc that the snafus have reached the Palace.

“Well, if I were the President and I’m reading all these bad news, [that would be worrisome],” Suzara said when asked by a reporter about the President’s reaction.

Suzara appeared testy at times during the press conference, responding to a question from a reporter: “I’m asking you, have you been participating in the SEA Games? Have you been in a SEA Games as an athlete [or member of the] media?”

The Phisgoc COO said nonsports people would have a difficult time understanding events like the SEA Games, where “waiting for four, two hours in the airport” and other hiccups were “very normal.”

“Always before opening ceremonies, there are a lot of adjustments [that need to be made],” he added.

Such woes are understandable, according to Tolentino, given the circumstances: A budget released late, and a time frame too narrow to operate in.

But the two sports officials said a lot of good news had been relegated to the shadows by the negative reporting.

Recently, the local governments of Muntinlupa and Biñan, where badminton, netball and some football games are slated to be played, flaunted their readiness in hosting matches on social media.

“There are 56 venues. Four of them are under the (Philippine Sports Commission). Everyone’s focus is in there,” said Suzara, who slammed what he called a myopic media coverage.

“The Biñan complex is nice, the Muntinlupa complex [is, too]. World Trade Center is ready, [and] there are a lot of venues in New Clark City—which is the showcase,” he added.

Suzara asked the press to “make stories that are very positive for our athletes,” as it would be integral in the country’s gold medal bid in the 30th edition of the meet.

Despite the concerns raised by foreign and Filipino athletes, Mr. Duterte wanted the organizers, led by the Phisgoc, to stay “united,” Go said.

The junior senator said the President would provide additional cash incentives to members of the Philippine team who would win medals.

“This is to encourage our athletes to compete even more despite the controversies and boost their morale for us to win,” he said.—WITH REPORTS FROM MARK GIONGCO, INQUIRER.NET AND AFP