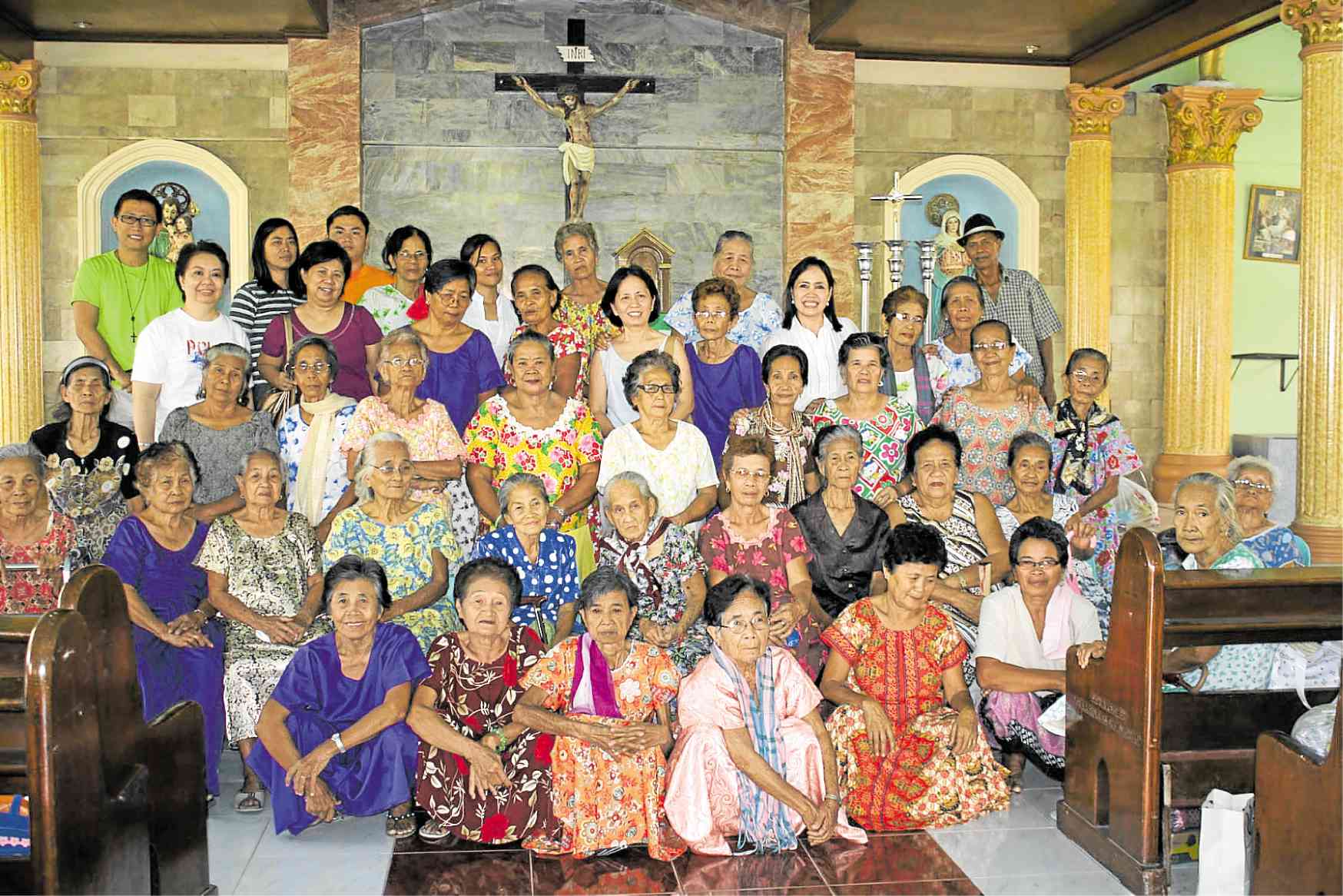 MALAYA LOLAS’ Only 23 of the original 70 women who disclosed their rape and torture by Japanese soldiers in 1944 are still alive.
Their lawyers have urged theUN Committee on the Elimination of Discrimination Against Women to “act with dispatch” and resolve
the women’s plea for justice quickly. —TONETTE OREJAS

MANILA, Philippines — “Malaya Lolas” — Free Grandmothers — a group of women who were raped and tortured by Japanese soldiers during World War II, has accused the Philippine government in the United Nations of “continued discrimination” by ignoring their yearslong demand that they be paid reparations for their sufferings.

More than 20 former “comfort women” — sexual slaves — signed a communiqué submitted to the UN Committee on the Elimination of Discrimination Against Women (Cedaw) on Monday by the group’s lawyers in the Philippines, Centerlaw, and the European Center for Constitutional and Human Rights (ECCHR).

The communication was submitted two days after the 75th anniversary of the Japanese army’s attack on the women’s village, Mapaniqui in Candaba, Pampanga province, and the celebration marking International Day for the Elimination of Violence Against Women.

The 38-page statement, a copy of which was obtained by the Inquirer, was a scathing indictment of the Philippine government’s negligence of the women’s cry for justice and reparation 75 years after they were raped by marauding Japanese troops.

In 1996, the women said Japanese troops arrived in Mapaniqui on Nov. 23, 1944, ransacked the houses and ordered the villagers into the school grounds.

The soldiers, they said, castrated the men, beat them up, then killed them in front of their families.

The soldiers forced 200  women to carry their loot to a house in San Ildefonso town. In that house, the women said, the soldiers raped and tortured them.

In 2004, the women asked the Supreme Court to declare their sufferings crimes against humanity. They also asked the high tribunal to order the government to demand apology and reparations from Japan for them.

On April 28, 2010, the Supreme Court dismissed the case, claiming it was not within its power to order the executive department to take up the women’s cause.

The women appealed, but the court upheld its ruling in a decision handed down in August 2014.

On Monday, they took their case to the United Nations.

Romel Bagares, one of the two Centerlaw lawyers for the women, said they asked the UN committee “to act with dispatch to resolve the matter quickly,” especially now that only 28 of the original 70 women are still alive.

In essence, the women are demanding urgent and adequate financial reparations from the Philippine government for failing to recognize and provide them remedies for their suffering.

With that failure, the state has violated its obligations under the Cedaw convention, particularly Articles 1, 2 and 6. These refer to the state signatories’ obligation to, among other things, uphold women’s fundamental freedoms and to adopt legislation protecting these rights.

The women argued that the Philippines failed to pursue by all appropriate means and without delay policies of eliminating discrimination against women as contained in the Cedaw’s Article 2.

“During the drafting process of the San Francisco Peace Treaty and the separate reparation agreement between Japan and the Philippines, no arrangements were made to address the crimes committed against the author-victims and other women,” the women said. “Overall, this is indicative of the… underlying pattern of disregard of [our] interests.”

They added that despite repeated pleadings with state agencies to help them, those agencies’ unwillingness to espouse their claims “perpetuates a culture of impunity for practices of gender-based violence and discrimination against women.”

This is the first time the women have directly handled their grievances against the state since they first disclosed in 1996 their rape and torture and the sexual slavery of Filipino women by the Japanese  army during the war.

Alexandra Lily Kather of the ECCHR said her group had already exhausted all possible legal remedies, especially since the Supreme Court had junked its petition for the state to compel the Japanese government to recognize and pay reparations to the women.

Unlike the Korean government, which upheld the constitutional right of the so-called comfort women to demand reparations from Japan, the Philippine Supreme Court ruled that to take up the cause of the  women was inimical to national interest.

“This is no longer directed at the Japanese government, but to the Philippines for its failure to provide prompt remedies to its citizens,” Bagares said.

Now that Manila had just renewed its relations with Seoul, Bagares said he hoped the Duterte administration could “take cues following the Korean government.”