MANILA, Philippines – An estimated P2.5 billion worth of shabu (crystal meth) was seized while a Chinese national was arrested following a buy-bust operation in Makati City Tuesday night. 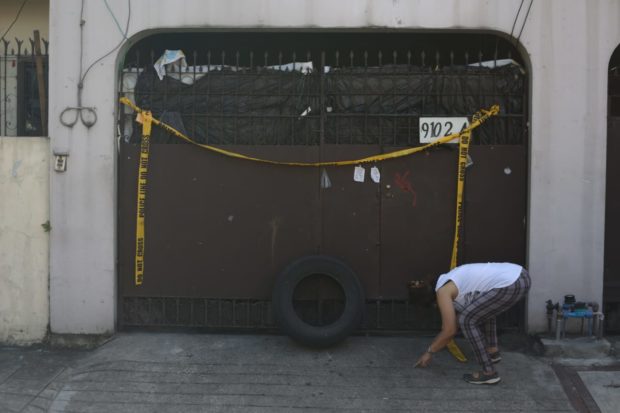 A curious resident checks out the apartment unit in Barangay San Antonio, Makati City rented by a Chinese national where an estimated P2.5 billion worth of shabu was seized during a buy-bust operation.  The Chinese national was arrested. (Richard A. Reyes / PDI)

Seized from the anti-drug operation was 371 kilograms of shabu.

Lt. Gen. Archie Gamboa, PNP officer-in-charge, told dzMM in an interview that Liu has been staying at the rented apartment for two weeks.

Gamboa said they are investigating how the illegal drugs were transported to Makati City.

Liu is now under the custody of PNP-DEG and will face appropriate charges.