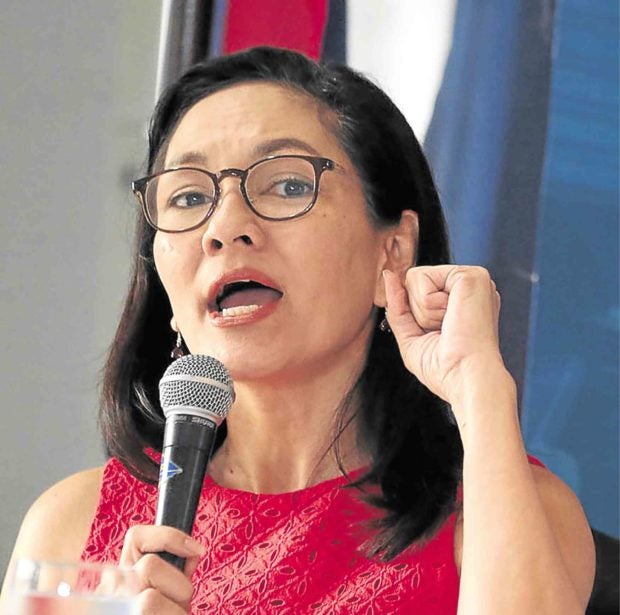 MANILA, Philippines—Opposition Senator Risa Hontiveros has filed a resolution urging the Senate to look into the alleged access and control given to China over the country’s power grid system.

In her Senate Resolution No. 223, Hontiveros called on the upper chamber to conduct an investigation in aid of legislation and a “national security audit” of the operations and facilities of the National Grid Corporation of the Philippines (NGCP), the country’s power transmission service provider.

NGCP is a private firm created in 2009 through the Republic Act 9511 and is in charge of operating, maintaining, and developing the Philippines’ state-owned power grid. It is a consortium of three corporations, namely Monte Oro Grid Resources Corporation, Calaca High Power Corporation, and the State Grid Corporation of China.

Hontiveros said lawmakers should “review and evaluate the performance of the NGCP,” as well as investigate reports that China may control and remotely shut down the country’s power transmission system.

“We need to know for certain if our energy systems and infrastructure fully remain under Filipino control, and if we have implemented the technical safeguards needed to prevent foreign interference in or sabotage of our national electricity grid,” Hontiveros said in a statement Tuesday.

Hontiveros cited reports that “foreign executives” connected with the NGCP have been hiring and deploying foreign drivers and engineers, in violation of Section 11, Article XII of the 1987 Constitution—which requires executive and managing officers of public utilities like NGCP to be Filipino citizens—and the Anti-Dummy Law.

She also noted reports claiming that only Chinese engineers have been able to troubleshoot, operate and control the NGCP’s power transmission facilities “because of the currently-installed information and communication technology for the automatic and remote monitoring and control of said facilities.”

The Akbayan senator has pointed out that National Transmission Corporation (TransCo) President Melvin Matibag, during Senate’s deliberation of the energy department’s 2020 budget, confirmed that “it was possible for a hostile third party to disable the country’s power grid remotely.”

“If these reports are true, these vulnerabilities pose a grave risk to public infrastructure, to national security, and to the daily lives of our people. We must address and correct these flaws immediately,” Hontiveros stressed.