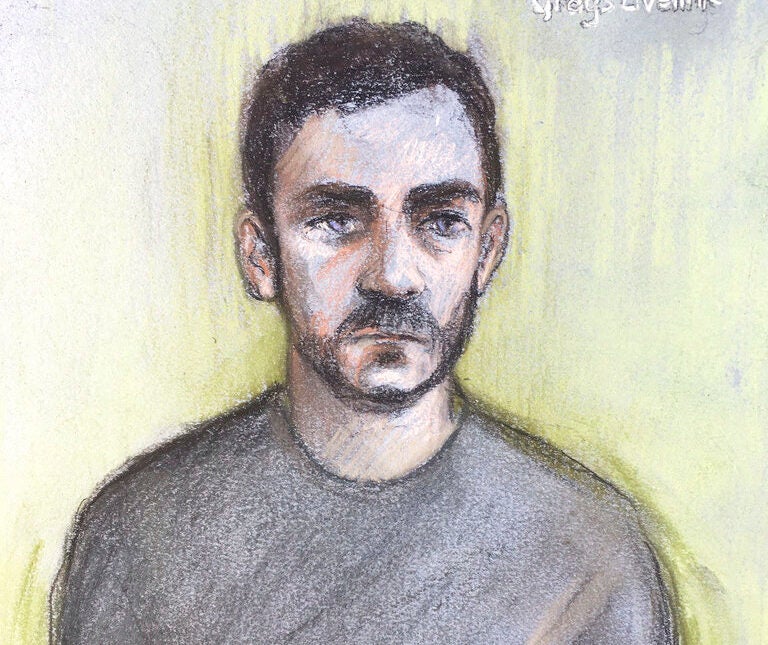 LONDON — A truck driver charged with manslaughter over the deaths of 39 Vietnamese migrants whose bodies were found in the back of a vehicle he had allegedly been driving pleaded guilty Monday to lesser charges, as police made a new arrest in the case.

Northern Irish trucker Maurice Robinson, who is accused of being part of an international people-smuggling ring, admitted plotting with others to assist illegal immigration and acquiring criminal property.

Robinson, 25, appeared at London’s Central Criminal Court by video link from prison. He wasn’t asked to enter pleas to 39 counts of manslaughter and conspiracy to traffic people, and he faces another court hearing Dec. 13.

The bodies of 39 people were found Oct. 23 in the English town of Grays, east of London. Police say the victims were all from Vietnam and were aged between 15 and 44.

The 31 men and eight women are believed to have paid people traffickers for their clandestine transit into England.

Prosecutors allege Robinson drove the cab of the truck to Purfleet, England, where he picked up the container, which had arrived by ferry from Zeebrugge in Belgium.

Late Monday, police said they had arrested a 36-year-old man from Purfleet on suspicion of manslaughter, conspiracy to traffic people and conspiracy to assist unlawful immigration. 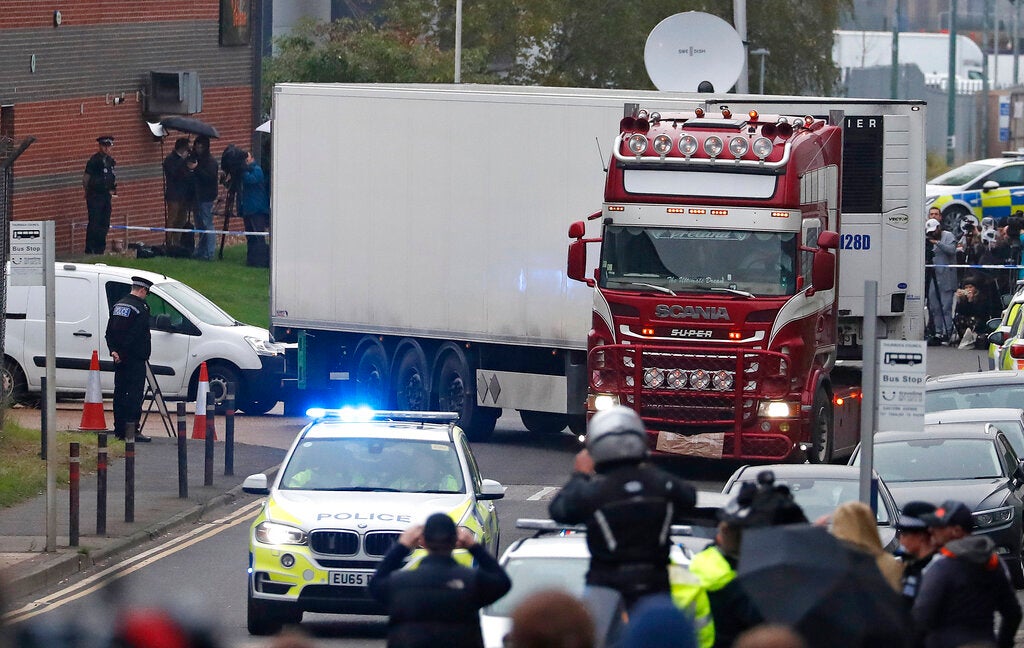 Police escort the truck that was found to contain a large number of dead bodies, as they move it from an industrial estate in Thurrock, south England. (AP)