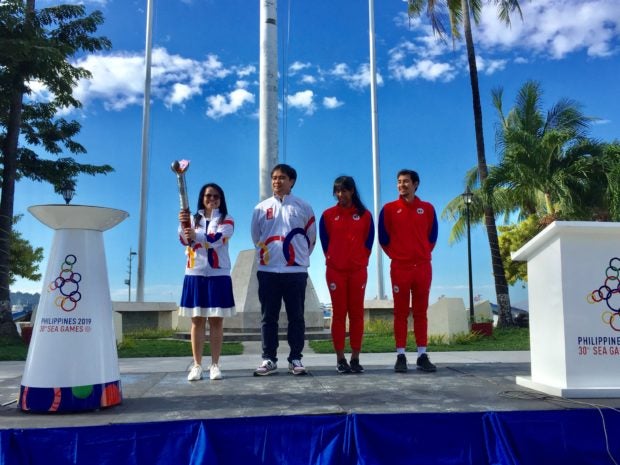 The freeport zone and former US naval base will host the SEA Games triathlon competition and several other events.

The Subic cauldron is different from the P50-million cauldron built at the New Clark City for the SEA Games.

“I’m very confident that together we will win as one,” she said to end her speech.