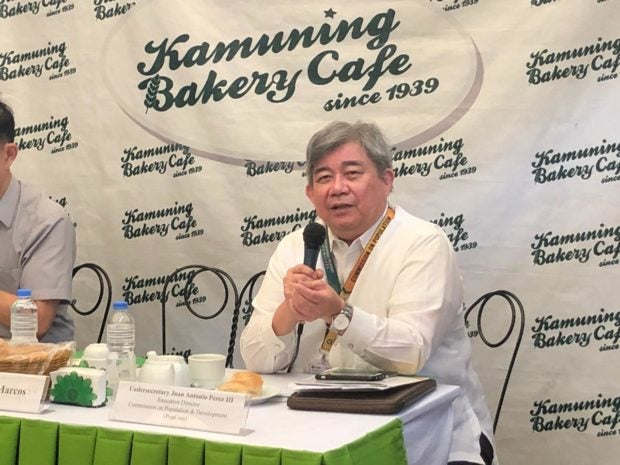 MANILA, Philippines—The Population Commission and Development (PopCom) is open to the use of male birth control injection to help control unwanted pregnancies in the country.

This after researchers at the Indian Council of Medical Research (ICMR) have reportedly concluded a male contraceptive clinical trial that offers an alternative to vasectomy, the world’s first injectable male contraceptive.

It will be made available in vials within “six or seven months,” once developers have obtained regulatory approvals.

But PopCom Undersecretary Juan Antonio Perez III noted that the new contraceptive must first undergo approval from the Food and Drugs Administration (FDA) before it will be allowed in the Philippines.

“It’s time that men can get involved in reproductive health, in responsible parenthood. If that is available ang kailangan lang magparegister sila sa FDA [they need to register with the FDA],” Perez said during the weekly Pandesal Forum in Quezon City.

According to the United Kingdom National Health Service, a 2016 study involving an injectable male contraceptive was “96 percent effective” but came with several side effects.

In the meantime, the lead population management agency said men can participate in family planning through three methods: the use of condoms, vasectomy and through natural family planning.