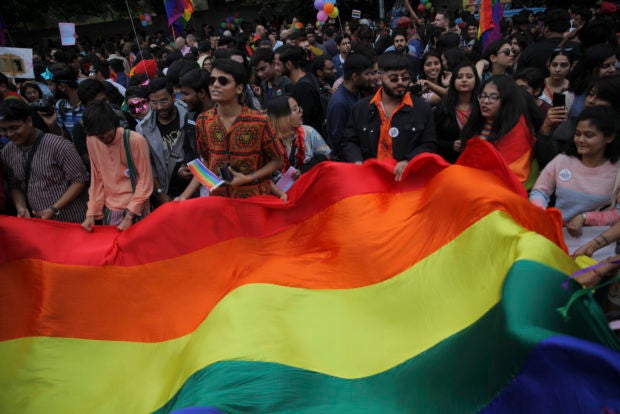 NEW DELHI — More than 1,000 members of the LGBTQ community and their supporters marched through New Delhi on Sunday to celebrate India’s sexual diversity, which they said is progressing but still has a long way to go to become a more accepting place for them.

Carrying rainbow flags, balloons, and placards and dancing to the beat of drums, they demanded self-identification in any gender for legal recognition rather than first registering as a transgender and then providing proof of surgery to authorities, as suggested by a government bill.

They said in a statement that the bill, yet to be approved by India’s Parliament, contradicted a landmark judgment by India’s top court last year striking down a colonial-era law that made gay sex punishable by up to 10 years in prison.

The statement said the bill “directly discriminates against the community and strips them of dignity.” They urged lawmakers to make changes to the bill before it becomes law.

Zara, a 21-year-old participant who uses one name, said “there has been no acceptance. Only the law has changed. But till the time laws in the home change, we will not get acceptance.”

Ali Ahmed Faraz, standing next to his boyfriend, said members of the LGBTQ community get to express themselves at the annual march.

“We get to tell society that we exist, we are there,” he said. “And you know people who are all around us, be it the police, be it the security forces or any xyz person, they get to see us and they get to realize that yes they (LGBTQ) are also here, they are also a part of society.”