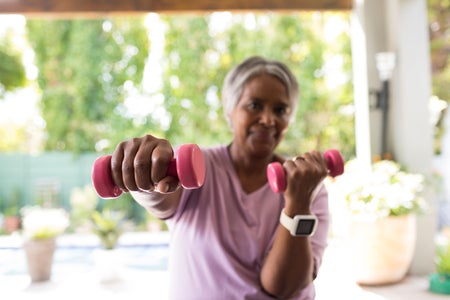 An 82-year-old female bodybuilder stopped an intruder from causing chaos in her house in New York, United States, with her own strength.

Willie Murphy was getting ready to sleep when a man, unnamed in the report, suddenly began pounding on her door last Thursday, Nov. 21 at around 11 p.m., as per ABC-affiliate WHAM yesterday, Nov. 23.

The man claimed that he was sick and asked Murphy to call for an ambulance. She then called the police but did not let the man in her home. Murphy stated that the man was angered when she did not let him inside.

She later heard a “loud noise” and found out that the man had entered her home after breaking her door, the report stated. The elderly woman managed to hide from the suspect as he walked through her house, since it was dark at the time.

Murphy then picked up a table and “went to work on him.” She noted that the table she used had broken due to the incident.

Once she knew the suspect was injured, Murphy grabbed a bottle of shampoo and poured it all over him. She then got a broom and started hitting him with it.

When police arrived at Murphy’s home, they applauded her for handling the situation. She even pointed out that the officers wanted to take selfies with her after the incident. Meanwhile, the suspect was sent to a hospital.

“He picked the wrong house to break into,” she said.

Murphy is an award-winning bodybuilder who can deadlift 225 pounds, and often exercises at a nearby YMCA community fitness center. As per report, she was welcomed at the center with a “hero’s welcome” when she returned after the incident. Ryan Arcadio/JB