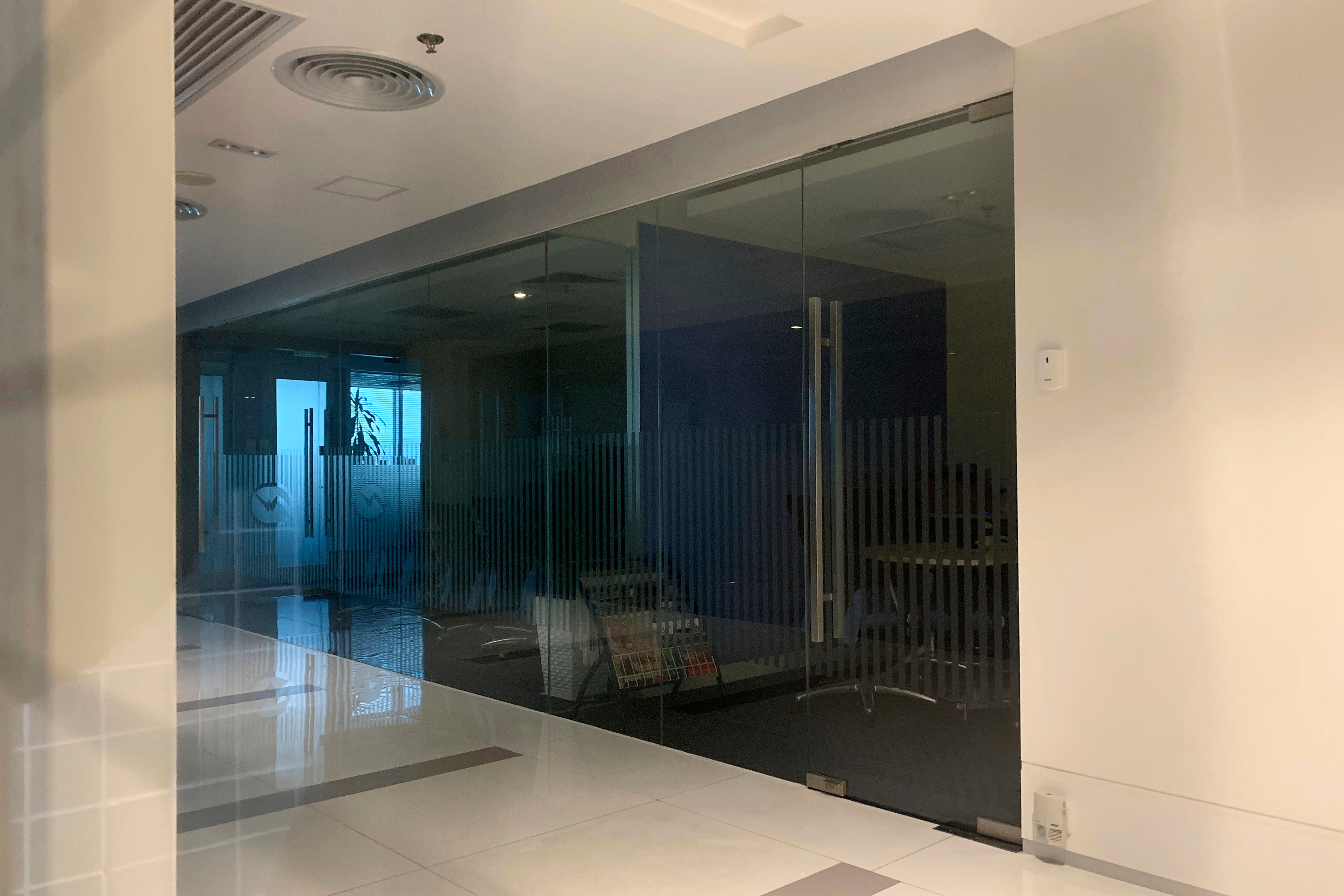 The offices of China Innovation Investment Limited are seen in an office building in Hong Kong, Saturday, Nov. 23, 2019. Australia’s Treasurer on Saturday labeled detailed accusations of China infiltrating and disrupting democratic systems in Australia, Hong Kong and Taiwan as “very disturbing.” A Chinese defector revealed he was part of the Hong Kong-based investment firm, which was a front for the Chinese government to conduct political and economic espionage in Hong Kong, including infiltrating universities and directing bashings and cyber attacks against dissidents. (AP Photo/Ng Han Guan)

PERTH, Australia  — A self-confessed Chinese spy has given Australia’s counterespionage agency inside intelligence on how Beijing conducts its interference operations abroad and revealed the identities of China’s senior military intelligence officers in Hong Kong, media reported.

The Nine network newspapers reported Chinese defector Wang “William” Liqiang told ASIO — the country’s counterespionage agency — that he was involved in the kidnapping in 2015 of one of five Hong Kong booksellers suspected of selling dissident materials. The incident has been a reference point for protesters during the ongoing unrest in Hong Kong.

He would be the first Chinese intelligence operative to blow his cover.

“I have personally been involved and participated in a series of espionage activities,” Wang reportedly said in a sworn statement to ASIO in October.

He revealed he was part of a Hong Kong-based investment firm, which was a front for the Chinese government to conduct political and economic espionage in Hong Kong, including infiltrating universities and directing harassment and cyberattacks against dissidents.

Using a South Korean passport, Wang said he meddled in Taiwan’s 2018 municipal elections and claimed there were plans to disrupt the presidential vote on the democratic self-ruled island next year. China claims Taiwan as its territory to be reunited by force if necessary.

Wang said he faced detention and possible execution if he returned to China.

He said he currently was living in Sydney with his wife and infant son on a tourist visa and had requested political asylum.

Australia’s Home Affairs Department told The Associated Press it does not comment on individual cases.

“The purpose of protection visas is to safeguard people who cannot return to their home country due to a well-founded fear of persecution or risk of harm,” a spokesperson said. “Each case is assessed on its merits.”

In Beijing, China’s Foreign Ministry did not respond Saturday to a faxed request for comment on Wang.

In Hong Kong, calls to the China Innovation Investment Limited office went unanswered Saturday. The company was identified by Wang as a front for Chinese intelligence operations in the city.

According to its website, CIIL is an investment holding company incorporated in Cayman Islands in February 2002 and listed on Hong Kong’s stock exchange in August the same year. It has investments in several companies in Hong Kong and China involved in energy storage products, lightning products, energy saving and media terminals.

Resource-rich Australia relies on China for one-third of its export earnings, but relations have been frosty for some time.

The Australian government has been trying to neutralize China’s influence by banning foreign political donations and all covert foreign interference in domestic politics.

“These are very disturbing reports,” Frydenberg said. “The matter is now in the hands of the appropriate law enforcement agencies.”

“The government makes no apologies for the strong measures that we’ve taken to ensure that we have foreign interference laws in place,” he added. “We will always stand up for our national interest whether it’s on matters of foreign policy, foreign investments or other related issues.”

Former ASIO boss Duncan Lewis warned on Friday that the Chinese government was seeking a “takeover” of Australia’s political system.

Prime Minister Scott Morrison dismissed such concern, saying that national intelligence agencies were on top of any threats.

Last week, Liberal Party members Sen. James Paterson and Rep. Andrew Hastie said they had been barred entry to China for a study trip because of their criticisms of the Chinese government.