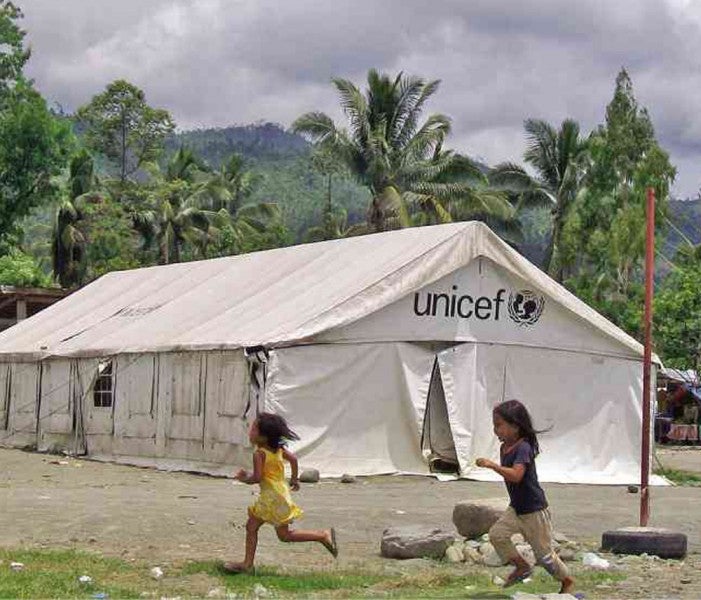 MANILA, Philippines – The United Nations Children’s Fund (UNICEF) has pushed to improve the lives of children in the Bangsamoro Autonomous Region of Muslim Mindanao (BARMM), as their data showed that children in the area are behind all major health indicators.

According to UNICEF, child poverty is highest in the BARMM at 63.1 percent — twice the national average of 31.4 percent — which means that 1.6 million of the 2.5 million children in the area are living below poverty lines.

Other numbers are also staggering: around 260,000 children and 400,000 would-be adolescents are out of school, while one in two or 300,000 children aged five and below are malnourished and stunted — high rates as national numbers are placed at one in three.

“Almost 30 years after the Philippines ratified the Convention on the Rights of the Child, far too many children are still left behind particularly in BARMM,” UNICEF Regional Director for East Asia and Pacific Karin Hulshof said in a statement.

“CRC, in its 30th year, is about building on the gains, address the unfinished business. It is about to reinvigorating the efforts to end disparities and deprivations children continue to suffer,” she added.

Aside from the above-mentioned data, UNICEF also raised health issues, saying that less than 30 percent of children have been fully vaccinated while 70 percent do not have access to toilets at home.

BARMM was not always the country’s poorest region, but its counterparts in Mindanao have left the area behind in terms of development over the years.  It has been attributed to lack of programs and few business interests due to the unstable conditions brought by armed conflict.

A January 2019 report from the Philippine Daily Inquirer showed numbers from the Philippine Statistics Authority, where BARMM — then the Autonomous Region in Muslim Mindanao (ARMM) — had a lower poverty incidence compared to the Zamboanga Peninsula, Socssksargen, and the whole country (except the capital region) in 1991.

ARMM poverty levels was then at 30.5 percent of the total population, while Socsskargen was at 53.3 percent, and Zamboanga at 40.3 percent.  The whole country’s poverty rate, except Metro Manila, was even at 38.8 percent.

The creation and ratification of the BARMM is seen to alleviate poverty, as it would give the government more room to create projects for its constituents.

On the part of BARMM’s government, Chief Minister Murad Ebrahim committed to address the issues and elevate the living qualities for the children.  He also co-authored Bangsamoro Parliament Resolution No. 147, which supports the 30th anniversary of the United Nations (UN) Convention on the Rights of the Child.

“Today’s special Parliamentary session is a firm step to change what is business as usual,” Hulshof said.  “We see children and youth are given the rightful space to have their say on what they envision.”

“Congratulations to our young friends for voicing their views so wisely. We commend the BARMM Government for owning the accountability and for giving children hope and the opportunities that are rightly theirs. I also thank the professional groups and stakeholders for joining the Call with their pledges of support,” she added.