MANILA, Philippines – A bill banning the use, sale, manufacture and importation of electronic cigarettes or vaping products was filed by Senator Francis Tolentino.

According to Senate Bill No. 1183 or the proposed  Electronic Smoking Prohibition Act, all electronic nicotine or electric non-nicotine delivery systems (ENDS/ ENNDS) are disallowed based on state policy to promote the health of its citizens. 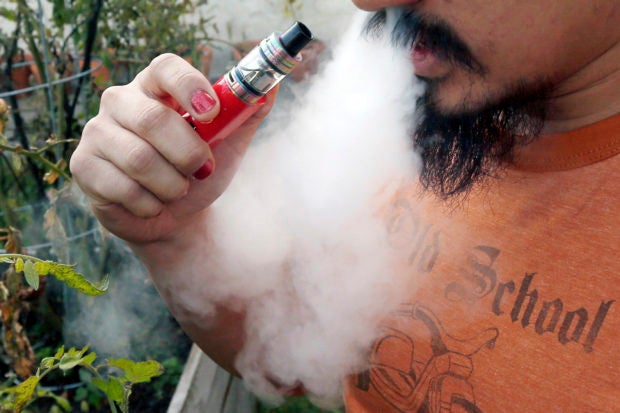 “The use, sale, including online sale manufacture, distribution, trade, importation, and marketing of ENDS/ ENNDS shall be prohibited within the jurisdiction of the Philippines,” Section 4 of the bill stated.

The proposed penalty for violators is from P50,000 to P1 million.

The bill came after President Rodrigo Duterte, on Tuesday, ordered a ban on the use and importation of e-cigarettes / vaping products after the first case of electronic cigarette and vaping product use associated lung injury (EVALI) was reported in Central Visayas.

In a late-night press conference on Tuesday, Duterte said that he is banning e-cigarettes because it is also dangerous — contrary to views that vaping is an alternative to cigarette smoking, which has established negative effects.

Reports said that the 16-year-old female patient was rushed to a private hospital due to shortness of breathing and a constant cough — seven months after the patient started using vape products.

Duterte bans use, importation of e-cigarettes