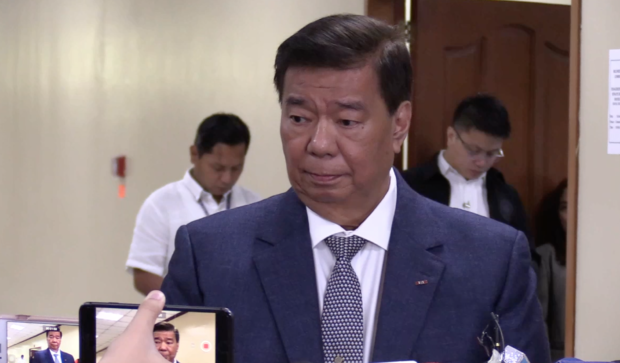 MANILA, Philippines — Senate minority leader Franklin Drilon has apologized to Bases Conversion and Development Authority (BCDA) president Vivencio “Vince” Dizon for mistakenly claiming he was related to the designer of the controversial P50-million cauldron to be used for the 30th Southeast Asian Games.

During an interview over ANC’s “Headstart,” Drilon claimed that late Filipino architect and national artists Francisco “Bobby” Mañosa, who designed the cauldron, was the father-in-law of Dizon.

“I would like to correct my statement in Headstart this morning about the relationship of the architect who built the SEA Games cauldron, the late Architect Bobby Mañosa, and BCDA Pres. Vince Dizon. They are not related. I was wrong in my information. I apologize to Dizon,” Drilon said in a statement Thursday.

The senator has questioned the cost of the cauldron, saying the amount could have been used to build more than 50 classrooms.

Dizon’s BCDA was tasked by the government to build the sports facilities for the upcoming games.