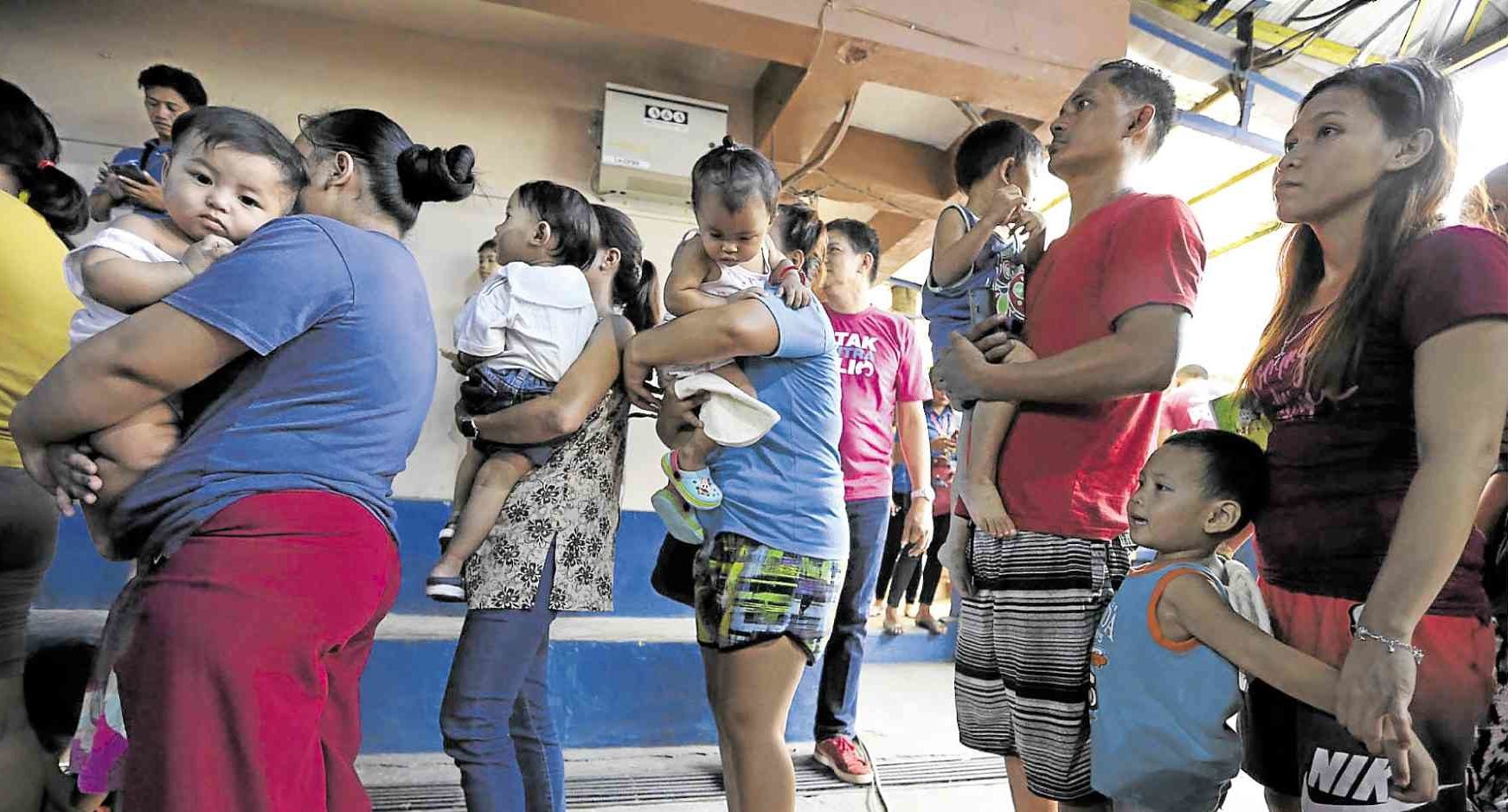 CALL TO PARENTS The Department of Health is set to roll out from Nov. 25 to Dec. 7 a second oral polio vaccine (OPV)
campaign in Mindanao, and a third and final round for children still not covered in Metro Manila. —NIÑO JESUS ORBETA

Three more young children in Mindanao have been afflicted with polio, bringing to seven the number of cases of the debilitating disease in the country, the Department of Health (DOH) reported on Wednesday.

Since a polio outbreak was declared in September, nearly all cases, or six, have been recorded in Mindanao.

According to Duque, the patients from Maguindanao and Cotabato City showed such symptoms as fever and weak legs. The Cotabato toddler was also suffering from cough.

The  Cotabato patient had fever and weak right leg, neck and facial muscles.

All three were admitted to Cotabato Regional Medical Center.

Duque said only the child from Cotabato received the oral polio vaccine (OPV) but in “incomplete doses.”

For children to be fully protected from polio, they should receive three OPV doses, given when they reach 6, 10 and 14 weeks old. A shot of the inactivated polio vaccine is given at the same time as the third OPV dose.

“We should not be satisfied with our children receiving only one or two doses of the polio vaccine,” Duque said. “Let us ensure that they receive the complete doses of the vaccine to fully protect them from polio.”

He said it was unacceptable that more children were falling victim to the vaccine-preventable disease.

“We are more determined than ever to make sure that no child shall be missed during the next round of the Sabayang Patak Kontra Polio in Metro Manila and Mindanao,” Duque said.

A 5-year-old boy from Laguna also contracted the disease in September, but Health Undersecretary Eric Domingo said he was not considered an active case because he had a weak immune system due to multiple pediatric diseases.

The country’s dismal immunization coverage rate, poor environmental sanitation and personal hygiene, and suboptimal surveillance of acute flaccid paralysis cases proved to be key drivers for the emergence of cases of the vaccine-derived poliovirus.

A community must have a 95-percent coverage rate to achieve herd immunity.

The DOH is set to roll out a second OPV drive from Nov. 25 to Dec. 7 to cover the entire Mindanao, and a third and final round for those still not covered in Metro Manila.

Duque appealed to parents and caregivers to have children immunized since this was the only way to prevent polio, an incurable disease.

Read Next
Duterte warns judges against blocking vape ban
EDITORS' PICK
18 patients probed for COVID-19 discharged from hospitals — DOH
COVID-19 spreads in South Korean city as thousands are screened
Tokyo 2020 postpones volunteer training over virus fears
Mallorca City: Home of Cavite’s finest industrial hub
The fight of the decade: The Gypsy King vs The Bronze Bomber
New virus has infected nearly 78,000 people globally
MOST READ
Honda to shut down Laguna plant
LOOK: Heart Evangelista wears ‘Quiapo headband’ at Paris Fashion Week
Mark Bautista on love: ‘She has to be understanding of my situation, that I’m bisexual’
Vice President Robredo’s mother passes away at 83
Don't miss out on the latest news and information.