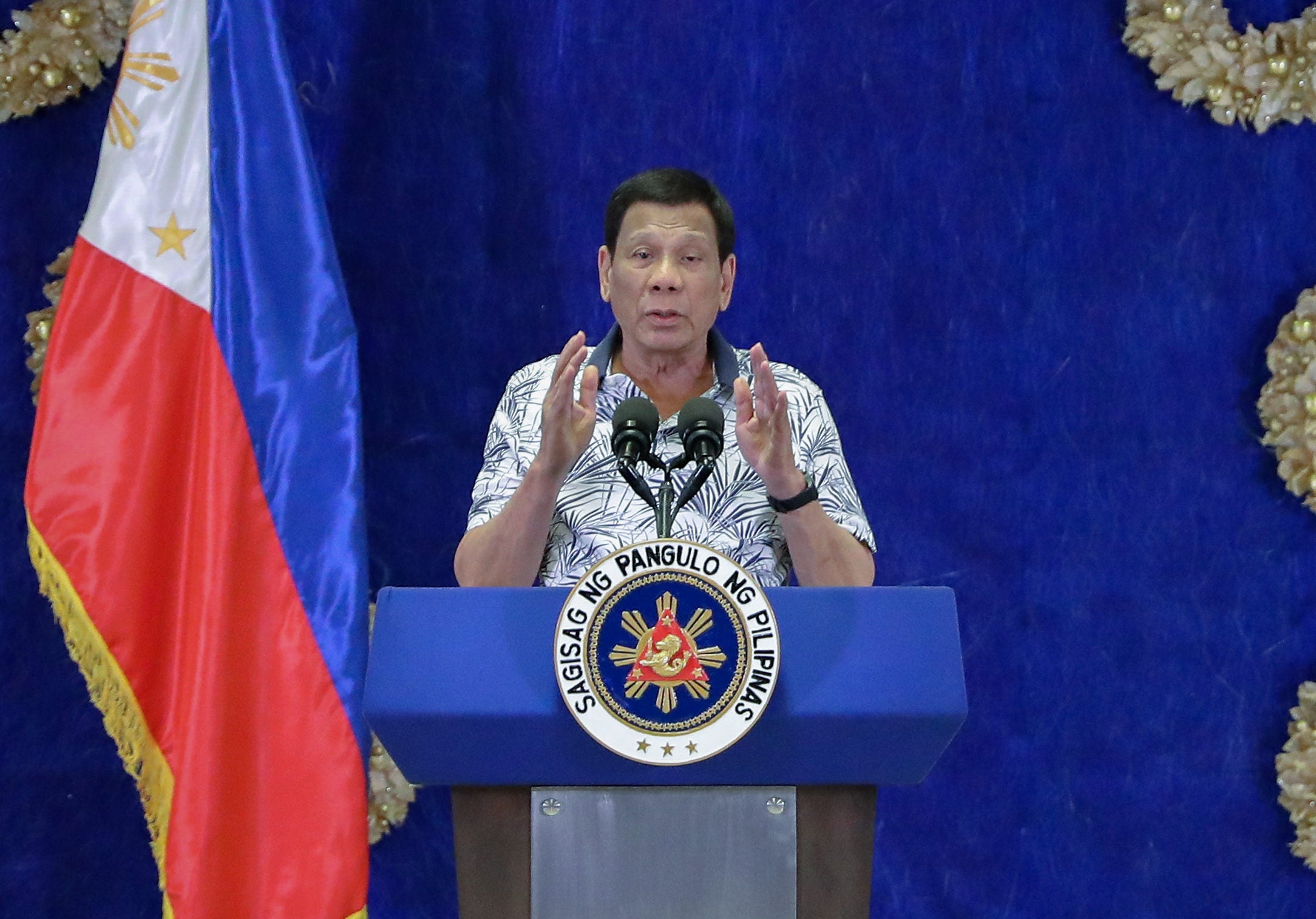 President Duterte has ordered Agriculture Secretary William Dar to suspend the importation of rice until the end of the Filipino farmers’ harvest season and to buy palay from them.

He did not say, however, when the suspension would take effect, or how long it would last.

The President issued the directive as local farmers bewailed the sharp drop in palay prices, which they blamed on the rice tariffication law that lifted quantitative import restrictions.

They have been complaining of low farmgate prices for their palay since the rice tariffication law allowed the entry of cheap, imported rice.

In a hastily called press conference on Tuesday night, Duterte was asked if he would order Dar to suspend rice importation amid falling prices of palay. “Yes, because it is harvest time,” he replied.

He said he would ask Congress to allocate funds to buy palay from farmers, even if it meant  billions of pesos in losses for the government.

A national farmers’ group said Duterte’s suspension of rice imports would not enable farmers to recoup their losses.

“The implementation of RA (Republic Act) No. 11203 has dealt a severe blow to poor Filipino farmers,” Katarungan spokesperson Jansept Geronimo said in a phone interview.

Some farmers have reportedly stopped sending their children to school due to low income, while others have been forced to borrow from loan sharks to be able to provide for their basic needs.

On Wednesday, a farmers’ alliance held a “national day of protest” against the rice tariffication law in different parts of the country.

Geronimo and more than 70 farmers from Sariaya town in Quezon province blocked the section of Maharlika Highway in Barangay Concepcion Uno around 9 a.m.

“As expected, some affected motorists got angry, but most of them were sympathetic to us,” he said. “Some of them even encouraged us to go on with our protest.”

Duterte said the government was ready to incur P3 billion in losses from buying palay so the farmers would live.

“At whose expense? All of us. The producers and the eaters,” he said.

He said rice importation must continue soon after the harvest season ended because the produce of farmers was not enough to sustain the needs of 110 million Filipinos eating rice.

But he said he could not stop the implementation of the rice tariffication law, which he considered a safeguard against corruption. He was apparently referring to corruption that attended the issuance of import permits by the National Food Authority to certain groups.

Signed in February, the law allows individuals and businesses to import additional volumes of rice but requires them to pay tariffs to fund mass irrigation, warehousing and rice research to help farmers.

It sought to boost the rice supply in the country following soaring prices of the staple in 2018.

But the implementation of the law had the opposite effect as it led to plunging palay prices.

Duterte reiterated his warning that Filipinos might go hungry and resort to riots if there was not enough rice in the country. “So you choose if you are in my position: the people will go hungry or the farmers will get angry?”

Socioeconomic Planning Secretary Ernesto Pernia  was optimistic that the President would seek the advice of his economic team on the plan to suspend rice imports.

On Tuesday, Pernia said the liberalized rice trade that resulted in lower prices had benefited the poor.

Advocacy groups are calling for the imposition of special safeguard (SSG) duties to limit the volume of imported rice.

The Philippine Chamber of Agriculture and Food Inc. (PCAFI), Federation of Free Farmers and Alyansa Agrikultura said imposing the duties to curb the entry of imported rice was the “legal” way to deal with the glut.

To date, about 2.9 million metric tons of rice had been imported, which, according to Sen. Cynthia Villar, “has gone beyond what is needed by the country.”

The groups recommended a safeguard duty of 70 percent on top of the 35 percent tariff from member countries of the Association of Southeast Asian Nations to make imports more expensive.

“The benefit of SSG … is it automatically puts a cap on imports as the price of imported rice becomes at parity with local prices, making the Filipino farmers’ rice competitive,” PCAFI said in a statement.

Bayan Muna lawmakers, meanwhile, are seeking an inquiry into the purchase and distribution by the Department of Agriculture (DA) of P88 million worth of “defective” and “inappropriate” farm equipment.

The grain dryers with biomass furnaces and power generators were supposedly bought by the DA in order to help Filipino farmers cushion the impact of the rice tariffication law.