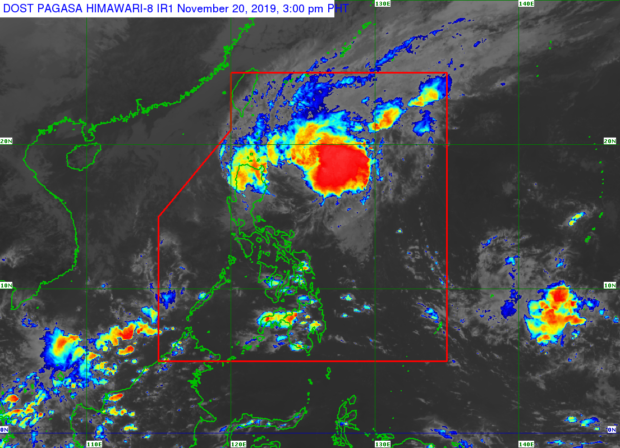 According to Pagasa’s 2 p.m. weather bulletin, Ramon was in the vicinity of Aguinaldo, Ifugao by 1 p.m. and moving south at 20 kilometers per hour (kph).

Pagasa said Ramon was packing maximum sustained winds of 55 kph near the center and gustiness of up to 90 kph even as it is forecast to weaken into a low-pressure area within 24 hours.

Strong to gale force winds, caused by the surge of the northeast monsoon, will prevail over Batanes and the Babuyan Islands, the state weather bureau noted, that light to moderate with occasional heavy rains may be anticipated in these areas as well as Apayao, and the northern portion of Ilocos Norte.

Pagasa advised residents in these areas, especially those living in areas identified to be susceptible to flooding and rain-induced landslides, to take precautionary actions.

Pagasa explained this is due to rough sea conditions triggered by Ramon, tropical storm Sarah, and the northeast monsoon.

Meanwhile, Sarah was last seen some 715 km east of Infanta, Quezon or at 640 km east of Casiguran in Aurora at 10 a.m. Wednesday.