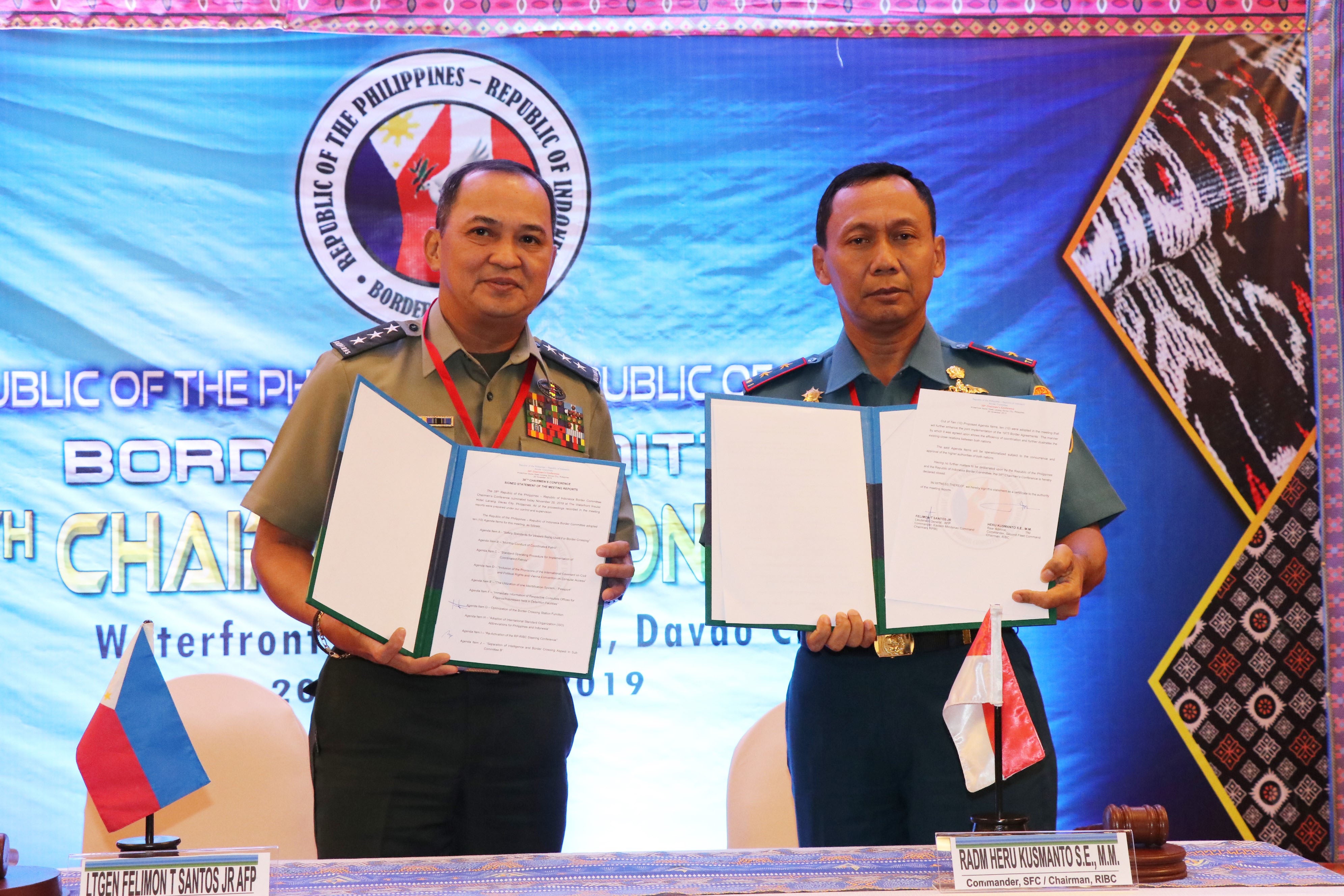 The Philippines and Indonesia agree to increase the conduct of coordinated patrol operations to ensure the security of their common maritime borders./ EASTERN MINDANAO COMMAND

MANILA, Philippines — The Philippines and Indonesia have agreed to increase the conduct of coordinated patrol operations to ensure the security of their common maritime borders.

The Armed Forces of the Philippines hosted the 38th Republic of the Philippines-Republic of Indonesia Border Committee Chairmen’s Conference in Davao City, which runs through November 19 to 21, to strengthen the diplomatic relations of the two countries in connection to maritime boundaries.

“It seeks to review and strengthen the existing measures to ensure the safe passage of the respective nationals of both countries, to include the protection of fisher folks in the border areas en route to the fishing grounds at high seas,” Eastern Mindanao Command spokesperson Lt. Col. Ezra Balagtey said in a statement Wednesday.

The committees of the two countries intend to review the 1975 Border Patrol and Border Crossing Agreements “that will seek to recommend amendments of its provisions to be attuned to the prevailing situation in maritime security and terrorism in both countries,” he added.

They also intend to look into the “continuous operationalization of border crossing stations” located at common border areas in order to provide a systematic scheme in closely monitoring the entry and exit of the nationals of the two countries.