Aquino to Duterte: Why appoint Leni if you don't trust her? | Inquirer News
Close
menu
search

Aquino to Duterte: Why appoint Leni if you don’t trust her? 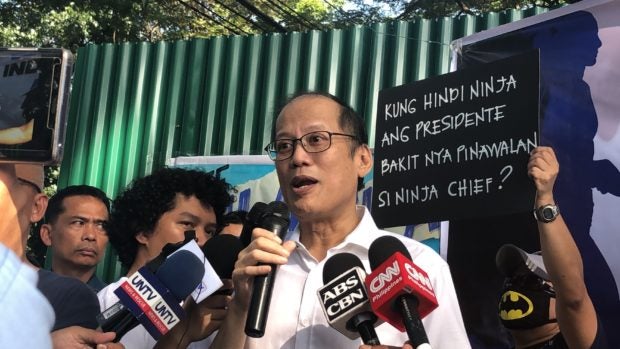 According to Aquino, leaders “normally” appoint officials who they think can get the job done.

(You appointed her and then you said you don’t trust her? That’s confusing. Normally, you would appoint persons you trust.)

The former chief executive made the remark after his successor said he appointed Robredo to a non-Cabinet rank position because he doesn’t trust the opposition stalwart.

“My problem with Robredo is she talks too much. If that is the way her mouth behaves there can be no position for her,” Duterte said on Tuesday night.

“The problem is I cannot trust her not only because she is with the opposition. I do not trust her because I do not know her,” he added.

Duterte had promised to appoint Robredo to a Cabinet rank position and let her lead his controversial war on drugs.

Earlier this month, Duterte named Robredo as co-chairperson of the Inter-Agency Committee on Anti-Illegal Drugs (ICAD) after the latter criticized the government’s brutal war on drugs.

But Malacañang clarified that Robredo’s ICAD post is not a Cabinet position.