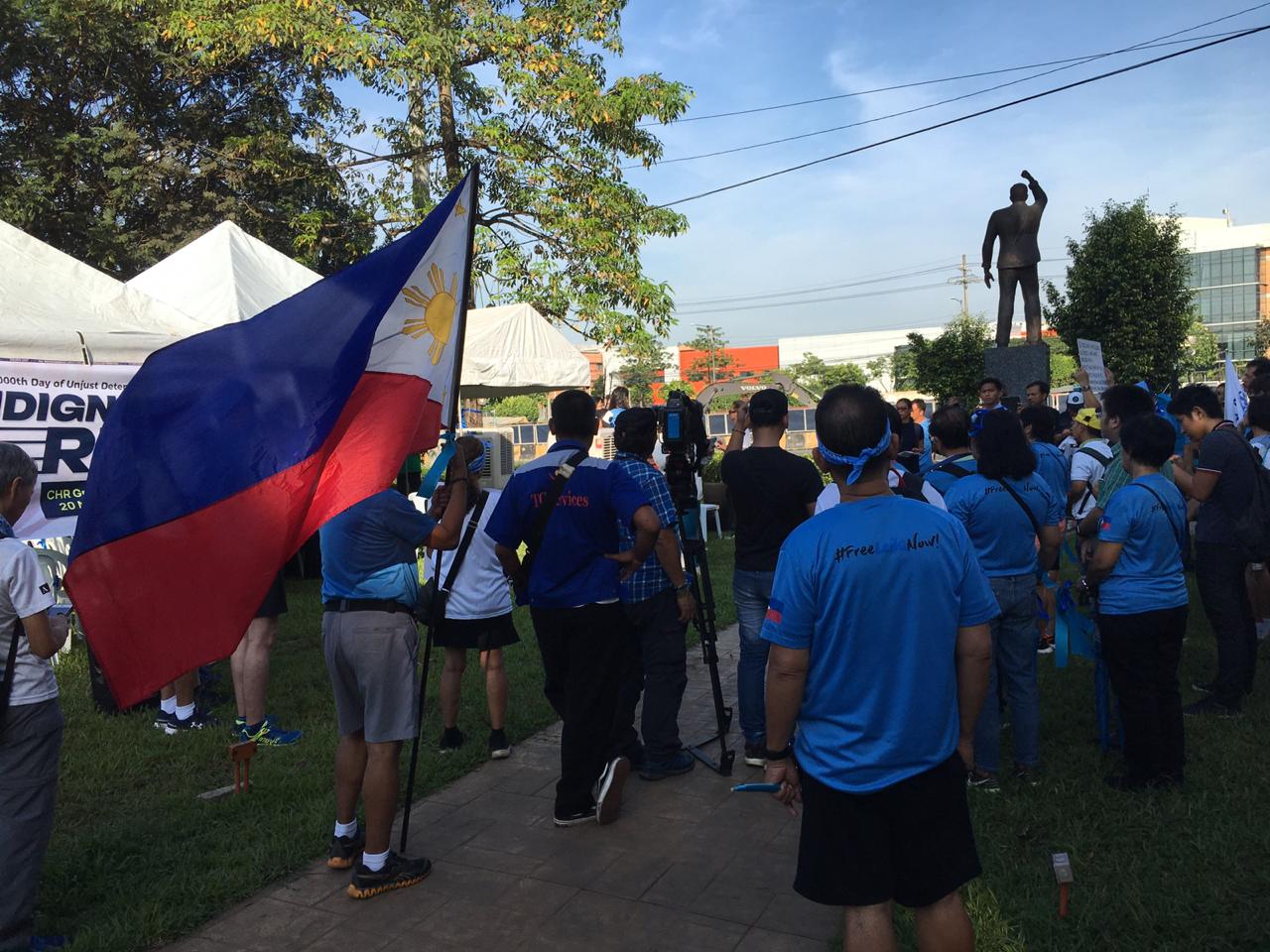 MANILA, Philippines—Supporters and colleagues of opposition Senator Leila De Lima gathered to protest her “unjust” detention, 1,000 days since she was arrested on drug-related charges.

De Lima’s former and present colleagues, supporters, and friends arrived as early as 6:00 a.m. Wednesday at the Commission on Human Rights (CHR) grounds in Quezon City to take part in an “indignation run” to call for her release and condemn what they called politically-motivated charges.

The indignation run started at around 8:00 a.m., beginning at the CHR grounds, leading to the area beside the UP Chapel where a Mass will be held for the senator. 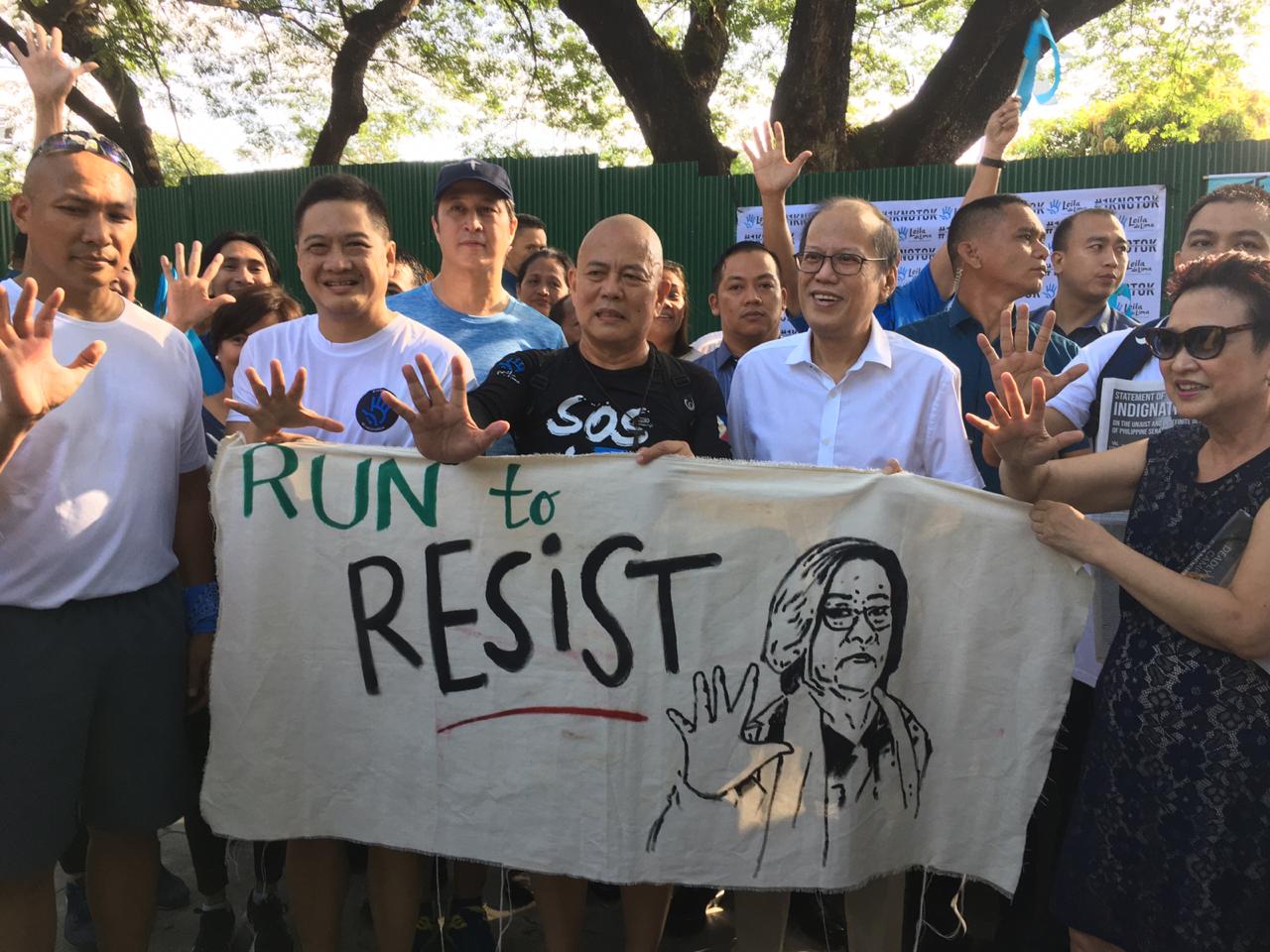 Former lawmakers and opposition stalwarts Gary Alejano and Erin Tañada were among those who joined the run.

The former chief executive said the event shows De Lima is not alone in her fight against the tramped up charges thrown against her by the administration.

(Everyone in here shows she’s not alone. There’s tremendous campaign to isolate her but the people her are saying she’s one of us.)

Supporters and colleagues of opposition Senator Laila de Lima gather for an indignation run to mark the 1,000th day of her "unjust" detention.

De Lima was arrested in 2017 over her alleged involvement in the illegal drug trade, an allegation she had denied. @inquirerdotnet pic.twitter.com/GhQFxX97f3

De Lima, a staunch Duterte critic, has been in detention at the Philippine National Police Custodial Center since Feb. 24, 2017 on charges that she was involved in the illegal drug trade.

She has denied the charges, saying they were fabricated in retaliation for her fierce criticism of Duterte’s war on drugs and monitoring of his human rights record since the time she headed the Commission on Human Rights in 2008.