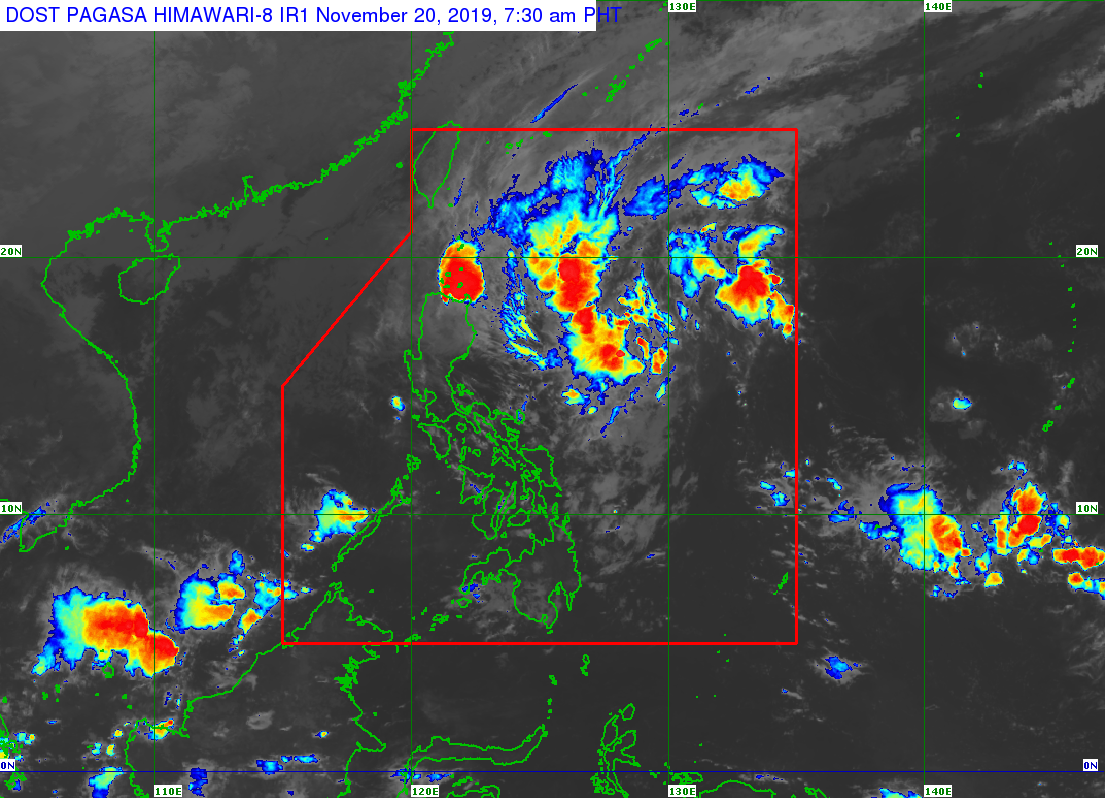 Ramon is packing maximum sustained winds of 100 kilometers per hour (kph) near the center and gustiness of up to 165 kph, the state weather bureau said in its 5 a.m. bulletin.

As of 4 a.m., Ramon was spotted at the vicinity of Baggao, Cagayan and is moving southwest at a speed of 10 kph.

Tropical cyclone wind signals (TCWS) were raised in these areas:

Pagasa warns that coastal flooding may be experienced in the coastal areas of northern Luzon, especially on its western and northern portions. Sea travel is also risky, especially for small sea craft, over the seaboards of areas under TWCS.

The weather disturbance is packing maximum sustained winds of 55 kph and gustiness of 70 kph, and is moving northwest at 25 kph.

Sarah is also expected to intensify into a tropical storm within the next 12 hours, according to Pagasa.

According to Pagasa, light to moderate with occasional to frequent heavy rains may prevail over Batanes, Cagayan including Babuyan Islands, Apayao, and the northern portion of Ilocos Norte.

Light to moderate with intermittent heavy rain may be experienced over Ilocos Sur, Abra, Kalinga, Mt. Province, Ifugao, the northern portion of Isabela, and the rest of Ilocos Norte, the agency said.