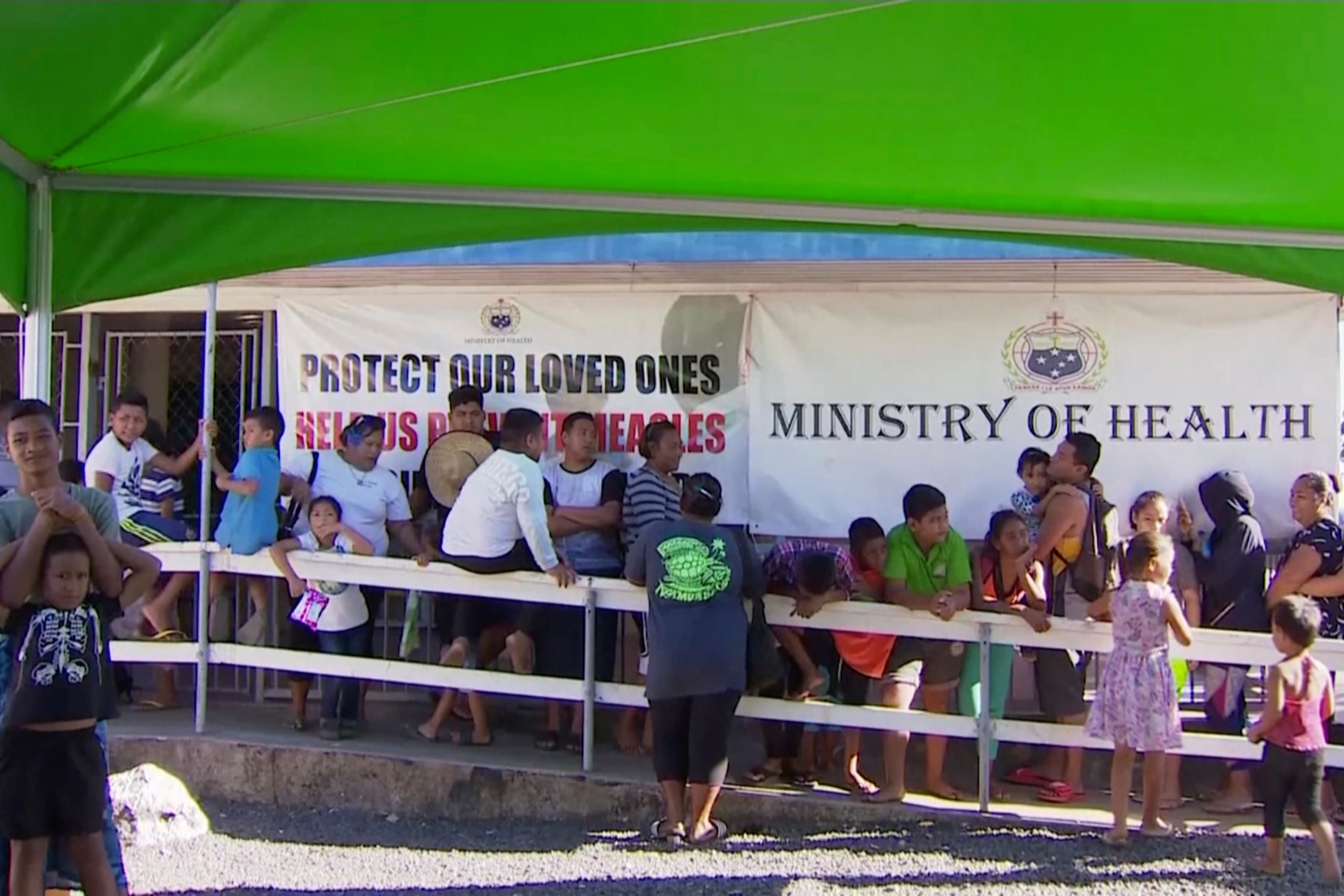 In this November 2019, image from video, children with parents wait in line to get vaccinated outside a health clinic in Apia, Samoa. Samoa closed all its schools on Monday, Nov. 18, 2019, banned children from public gatherings and mandated that everybody get vaccinated after declaring an emergency due to a measles outbreak. For the past three weeks, the Pacific island nation of 200,000 people has been in the grip of a measles epidemic that has been exacerbated by low immunization rates. (TVNZ via AP)

Wellington, New Zealand — The death toll from a measles outbreak raging in the Pacific nation of Samoa has risen to 15, with most of the victims being young children, UNICEF said Tuesday.

The UN children’s agency said that suspected measles cases had topped 1,000 in the island nation, which has declared a state of emergency and launched a compulsory vaccination program.

“The epidemic has claimed the lives of 14 children under-five years old and one adult,” it said in a statement.

UNICEF said it was in the process of delivering more than 110,000 doses of measles vaccine to Samoa’s population of about 200,000.

With the virus sweeping through the South Pacific, the agency said it had also sent vaccines to Tonga and Fiji.

Officials were also helping with preparations for potential outbreaks in Vanuatu, the Solomon Islands, Kiribati, the Cook Islands, the Marshall Islands, and Micronesia.

It said Samoa, which is by far the worst affected, had low measles vaccination rates of 28-40 percent.

In Tonga and Fiji, which have vaccination rates of 99 percent and 81 percent respectively, the outbreak is more contained and there have been no fatalities.

Children are the most vulnerable to measles, which typically causes a rash and fever but can also lead to brain damage and death.

Samoa has closed all schools and kindergartens, as well as banning children from public gatherings, in a bid to halt the spread of the virus.

After initially facing criticism for its slow response, the government had opened a national emergency operations center to roll out mass vaccinations.