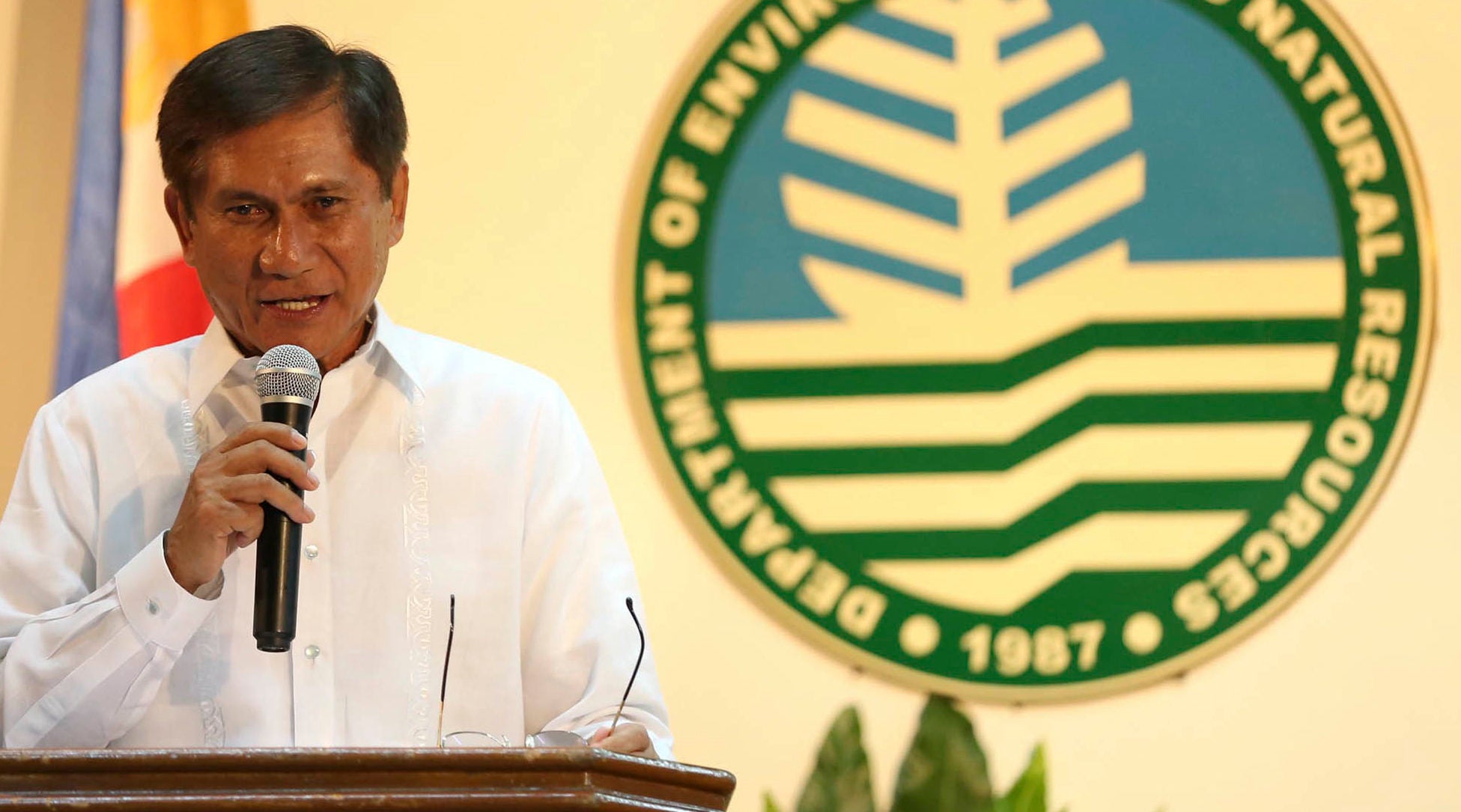 MANILA, Philippines—Environment Secretary Roy Cimatu has denied the allegation of an indigenous peoples (IP) group that he allegedly failed to stop the illegal operation of a coffee plantation on their ancestral domain.

The T’boli-Manobo S’daf Claimants Organization (Tamasco) filed a lawsuit against Cimatu last Nov. 15 for neglect of duty after he supposedly violated the Indigenous People Rights Act by failing to secure their consent before any activity can be done on their domain.

The M&S Co’s Dawang Coffee Plantation had allegedly encroached on the ancestral land of the T’boli and Manobo in South Cotabato and Sultan Kudarat provinces.

Its Integrated Forest Management Agreement (IFMA) expired in 2016, but it was reportedly renewed by the Department of Environment and Natural Resources without the consent of the T’boli and Manobo.

But Cimatu insisted that this happened prior to his appointment as Environment Secretary in May 2017.

“I fully disagree with the accusation of the group because this activity happened before my time,” Cimatu said in a statement.

Upon his assumption of his post, Cimatu claimed he had ordered the creation of a fact-finding team to investigate the issue.

He stressed that he has not approved any Integrated Forest Management Agreement.

“If ever I need to approve, I will ensure that our indigenous peoples welfare will be given the utmost priority,” he said.

Cimatu replaced the late environment advocate Gina Lopez whose appointment was rejected by the powerful Commission on Appointments. Ramon Paje was the environment secretary during the previous administration.

In 2017, eight members of Tamasco, including their leader, were killed in what the military described as a military operation against rebels. However, international organization Global Witness reported that the killings were connected to the group’s struggle for their land.