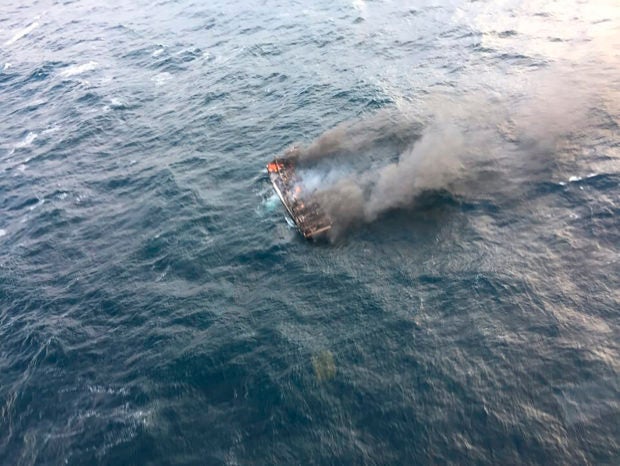 Rescue workers found one of the fishermen unconscious in waters 7.4 kilometers (4.6 miles) south of the boat and airlifted him to a hospital on the nearby island of Jeju where he was pronounced dead.

The coast guard and navy were deploying boats, helicopters, and a patrol plane to search the waters near the island for survivors, said Lee Geun-han, an official from the coast guard in Jeju. Six of the boat’s crew members are South Koreans, including the man killed, and the other six are Vietnamese, Lee said.

Rescue efforts, which also involved civilian fishing vessels, were being slowed by strong winds and large waves in the area.

Lee said the coast guard received a report about the fire at around 7 a.m. A coast guard helicopter found the boat about an hour later, and the upper side of the vessel had been burned completely.

The fishing boat departed from the mainland port of Tongyeong on November 8 to catch hairtail and had planned to return to the port on Monday.

President Moon Jae-in’s office said he instructed officials to deploy “every resource of the government” in the search effort.