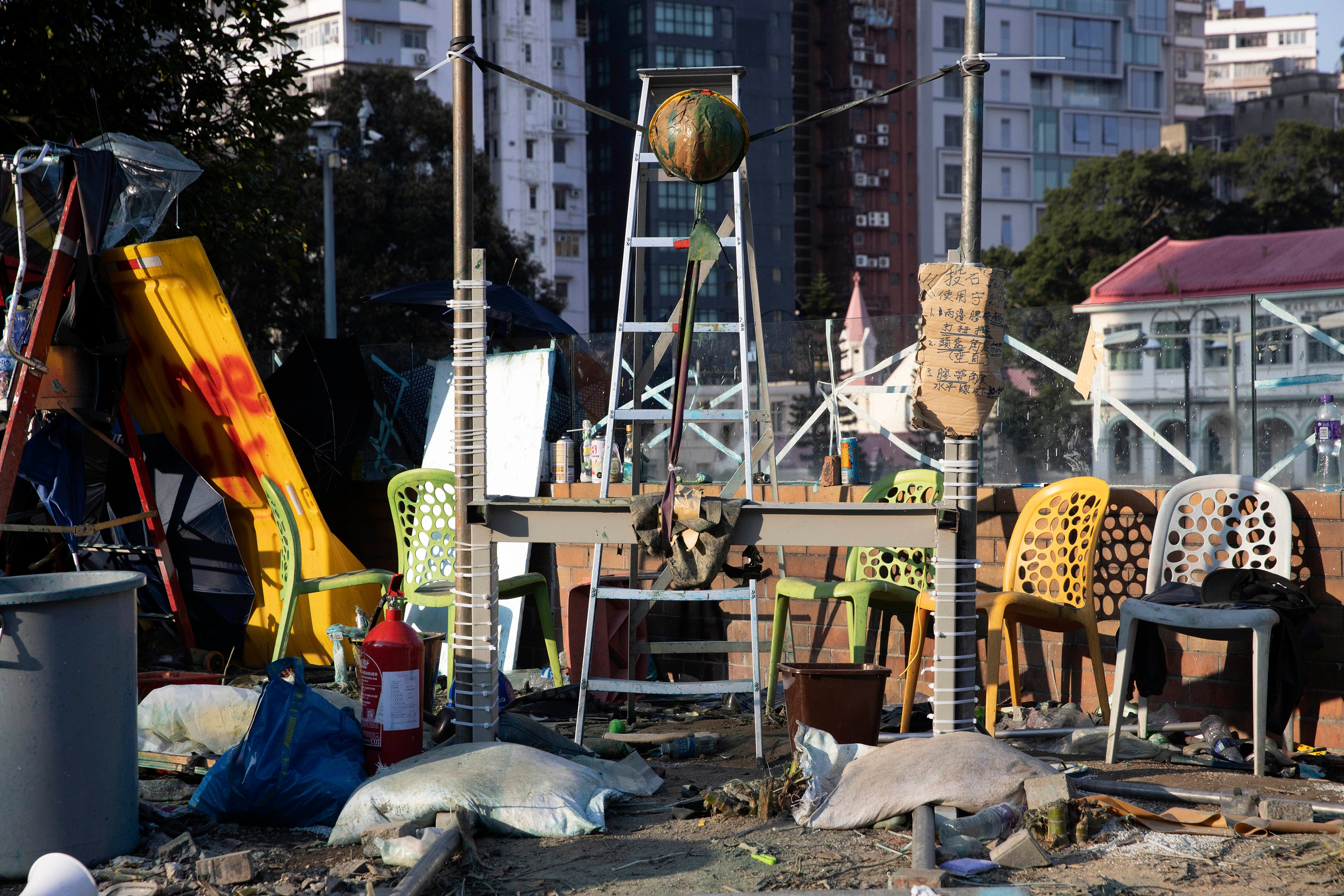 A self-made catapult is left over at the Hong Kong Polytechnic University campus in Hong Kong on Tuesday, Nov. 19, 2019. Police tightened their siege of the university campus where hundreds of protesters remained trapped overnight Tuesday in the latest dramatic episode in months of protests against growing Chinese control over the semi-autonomous city. (AP Photo/Ng Han Guan)

HONG KONG  — About 100 protesters remained holed up at a Hong Kong university Tuesday as a police siege of the campus entered its third day.

City leader Carrie Lam said 600 people had left the Hong Kong Polytechnic campus, including 200 who are under 18 years old.

Police have surrounded the university and are arresting anyone who leaves. Lam said those under 18 would not be immediately arrested but could face charges later.

She said that the other 400 who have left have been arrested.

Now in its fifth month, the Hong Kong protest movement has steadily intensified as local and Beijing authorities harden their positions and refuse to make concessions.

Universities have become the latest battleground for the protesters, who used gasoline bombs and bows and arrows in their fight to keep riot police backed by armored cars and water cannons out of two campuses in the past week.