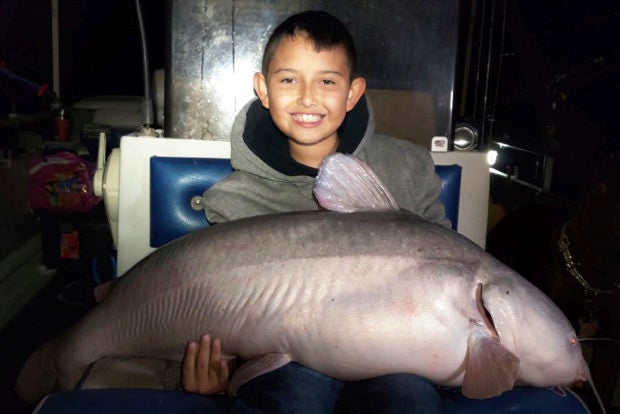 ELEPHANT BUTTE, New Mexico — He caught a fish “this” big. No, really.

Kris Flores said his son, Alex, made the big catch by himself and shattered dad’s record of reeling in a 36-pound (16-kilogram) fish.

Flores said the fourth-grader named the fish Wailord after the Pokemon character. The father said his son released the fish back into the reservoir after taking some photos and videos.

LOOK: Turtles with swastikas painted on their shells found in park