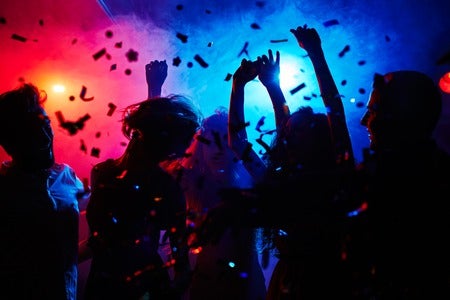 A 19-year-old woman’s night out ended up changing her life in a most interesting way, when she gave birth on a club’s dance floor last Monday, Nov. 11, in Toulouse, France.

The teenager (unnamed in report) welcomed her child at around 5:30 a.m. at the O’Club, as per French newspaper La Depeche via Newsweek on Tuesday, Nov. 12.

Marie-Helene, a manager at the club, explained that the woman was already into her late pregnancy at the time. The teenager went to the club at the urging of a friend to help “get her mind off some personal problems.”

“I know she didn’t drink,” the manager was quoted as saying.

After a short time at the club, the young woman had become incapacitated as she suddenly came into labor.

“She was one of the last people to leave, because she couldn’t walk,” Marie-Helene pointed out, unaware that the woman was about to give birth.

Marie-Helene found out about the situation when one of the employees approached her, saying something was “urgent.”

“I could see that the woman was about to give birth,” the manager was quoted as saying. “We had to act very quickly.”

Since there was not enough time to bring the teenager to a hospital, as per report, Marie-Helene and her staff took the responsibility of delivering the baby into their own hands.

“A staff member called the urgent medical aid service, who talked us through what we had to do,” she said. “The young woman wasn’t panicked, but she was worried. Then the baby came out.”

Moments after the child’s birth, emergency medical staff arrived at the club to assist the young woman and her newborn.

“It’s one of the more bizarre closings we’ve had. My team worked together,” Marie-Helene said in the report. “We all cried. The positive thing to come out of all of this is that none of us panicked and we weren’t scared. Anyway, we got it done.”

Marie-Helene also noted that the staff is eager to know about what happens to the teenager and her child, adding that she hopes the mother would update them about the baby.

Following the child’s birth, as per report, the club has decided to give the newborn “free admission for life” at their establishment. Ryan Arcadio/JB