In White House race, who is Obama’s political heir? 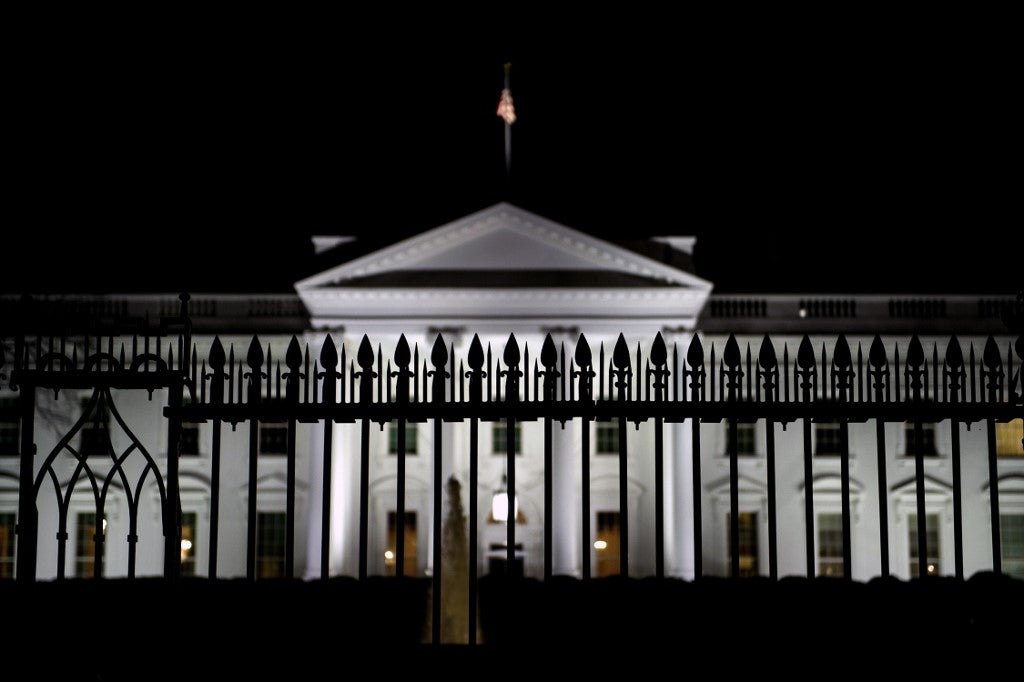 A view of the White House prior to US President Donald Trump delivering his State of the Union address February 5, 2019 in Washington, DC. (Photo by Brendan Smialowski / AFP)

Washington, United States — Some vying for the Democratic presidential nomination are loud and proud about their friendship with him. Others claim ideological kinship. And still others are taking distance from his record to stand out.

But one thing is for sure: Barack Obama is not saying anything — well, much of anything.

The 58-year-old former president, who left power nearly three years ago with his popularity soaring, is quietly watching to see who in his party will duke it out with Donald Trump on November 3, 2020.

Beyond his positions on health care or immigration or education, numerous White House hopefuls have made reference to Obama’s style — a certain class in the way he exercised his power that is in stark contrast to the attitude of the billionaire Republican who succeeded him.

With less than three months to go before the first Democrats make their choice in the Iowa caucuses, the race is still entirely up in the air.

At this point, it’s impossible to predict who will ultimately claim the party’s nomination.

And the list of those who dream of wresting the Oval Office from Trump just keeps getting longer.

Billionaire former New York mayor Michael Bloomberg is once again flirting with a run, and former Massachusetts governor Deval Patrick threw his hat in the ring this week.

The late entrance by Patrick, one of the first black governors in US history who is close to Obama, fueled speculation about the doubts that the ex-president may have about the ability of the candidates already in the race, including his vice president Biden, to take out Trump.

Many of the questions indeed focus on Biden, who has been saddled with the moniker “Sleepy Joe” by Trump. While he remains one of the favorites, observers fear the 76-year-old from Delaware cannot go the distance.

On the campaign trail, Biden never misses a chance to highlight his close relationship with his “friend Barack,” and their eight years in power.

Biden is no stranger to campaign politics, and when he launched his latest White House bid, he underscored the fact that he had specifically asked Obama not to back him from the outset… even though the former president had never indicated he would do so.

“President Obama has no plans to weigh in on the primary at this point — preferring instead to let the candidates make their cases directly to voters,” a source close to the former president told AFP.

But the 44th president of the United States has, unsurprisingly, ideas about how his party should approach the election to ensure that Trump is limited to just one term in office.

Little by little, he is positioning himself. In remarks Friday night to donors at the Democracy Alliance in Washington, he offered a few hints about how he sees the upcoming battle for 1600 Pennsylvania Avenue.

While he insisted on the need for new ideas from the party about reducing income inequality and other key issues, he issued a very clear warning about the temptation to take a sharp turn to the political left.

“Even as we push the envelope and we are bold in our vision, we also have to be rooted in reality,” he said.

“The average American doesn’t think we have to completely tear down the system and remake it,” he added, noting that the United States was “a country that is less revolutionary than it is interested in improvement.”

He called on the party faithful — and by extension, its presidential candidates — to be mindful that Democrats, independents and even moderate Republicans “are not driven by the same views that are reflected on certain, you know, left-leaning Twitter feeds, or the activist wing of our party.”

He did not name names, but Warren and Sanders — who have called for nothing short of a “political revolution — certainly come to mind.

Obama appeared to want to reassure the many Democrats who fear that the crowded primary will end up being counterproductive, given that the incumbent Trump is all ready to run with a massive campaign war chest.

“For those who get stressed about robust primaries, I just have to remind you that I had a very robust primary,” he said, recalling his at times acrimonious 2008 battle with Hillary Clinton.

“I’m confident that at the end of the process, we will have a candidate that has been tested.”