Angara: Senate to ensure allocation of funds for new laws from 2020 budget 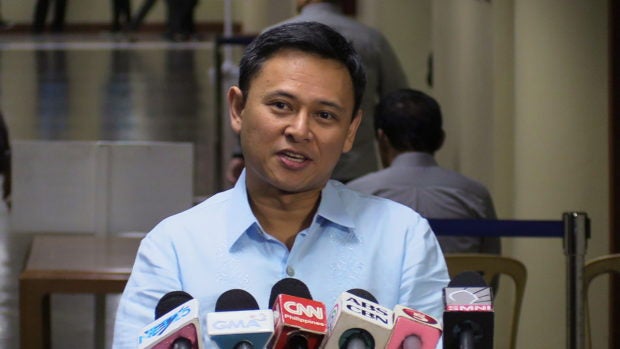 MANILA, Philippines — The Senate will make sure that newly implemented laws will be allocated by the proposed P4.1-trillion 2020 national budget, Senator Sonny Angara said.

In a statement released Saturday, the Senate Committee on Finance chairman said that the newly-signed laws by President Rodrigo Duterte would be useless “unless they are given the appropriations they need for their implementation.”

Angara guaranteed that Republic Act (RA) 11194 or the Conservation of the Gabaldon School Buildings Act will be one of the laws to be given appropriations.

The law was signed by Duterte in January.

“These structures are considered part of Filipino heritage. They represent the roots of the public school system in the country. We must strive to preserve these buildings for the next generations to see and appreciate,” Angara said.

In the committee report on the 2020 General Appropriations Bill, it read that P616 million will be provided for the implementation of RA 11194. The allocated funds will be included in the budget of the Department of Education.

Meanwhile, the budget will also allocate P1 billion for the implementation of RA 11230 or the Tulong Trabaho Act.

Under such law, the Technical Education and Skills Development Authority (Tesda) will provide out-of-school youth and the underemployed with free access to technical vocational education and training.

For RA 11459 or the Judges-at-Large Act, funding would be provided for the creation of 50 new judges-at-large positions, the senator said.

The funding will be included in the P2.5 billion budget of the judiciary, according to Angara.

The National Economic and Development Authority (Neda) will also get a “substantial amount” for the establishment of an innovation fund, as mandated by the Philippine Innovation Act or RA 11293.

And in support for the implementation of RA 11036 or the Mental Health Act, the senator said that a portion of the 2020 national budget will be provided for the establishment of a mental health hotline.

The funding for the hotline will be inserted in the Department of Health’s portion of the  budget, Angara added.

“This is in response to the statement made by Dr. Cornelio Banaag Jr., professor emeritus of the UP College of Medicine and who is considered as the father of Philippine child psychiatry, that there is a looming mental health crisis among Filipino children,” he said.