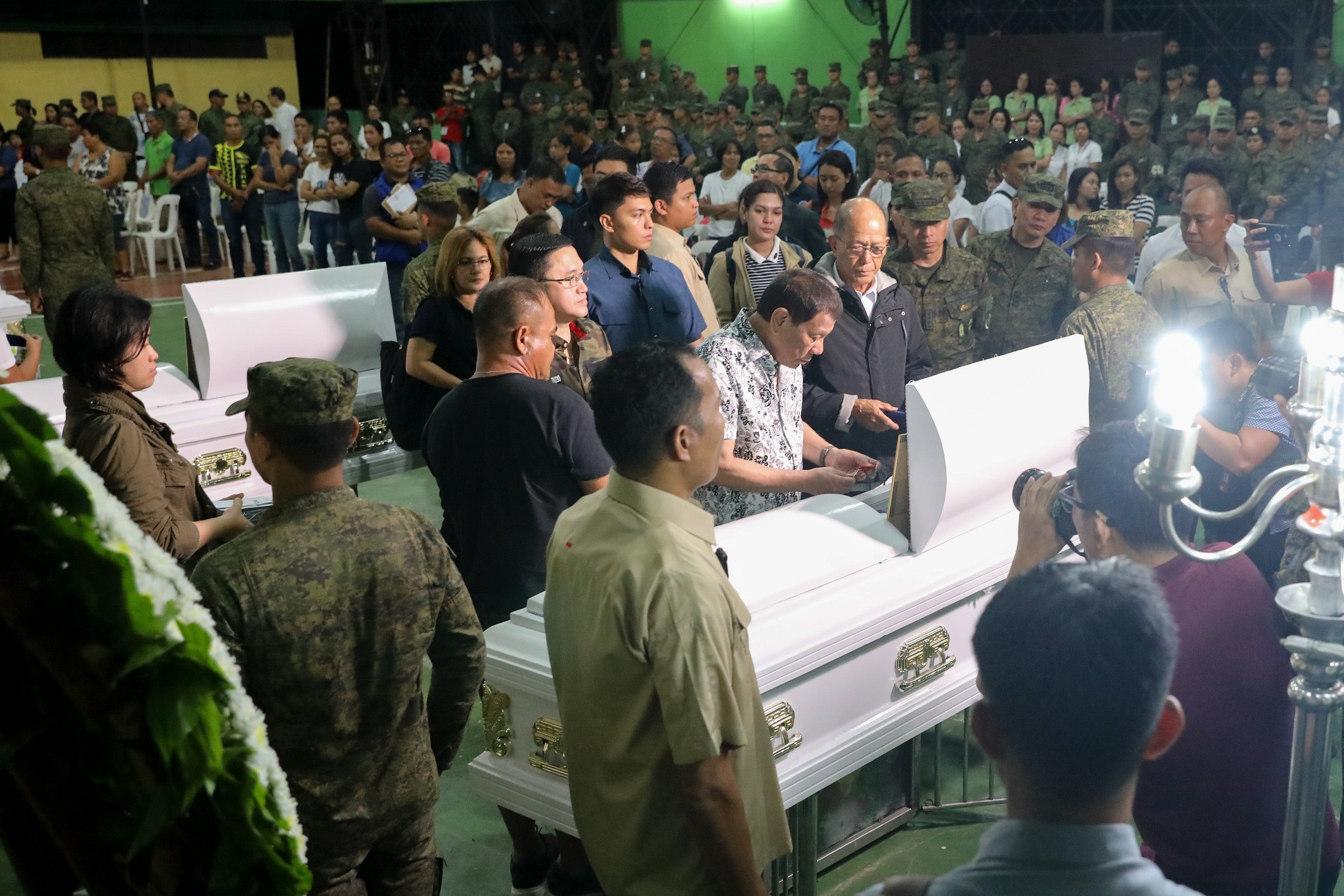 President Rodrigo Roa Duterte posthumously awards the Order of Lapu-Lapu Rank of Kalasag to one of the slain soldiers he visited at Camp General Vicente Lukban in Catbalogan City in Samar on November 16, 2019. ALFRED FRIAS/PRESIDENTIAL PHOTO

MANILA, Philippines — President Duterte has posthumously conferred the Order of Lapu-Lapu, Rank of Kalasag to the soldiers killed in an encounter with communist rebels in Eastern Samar early this week.

Duterte visited Camp General Vicente Lukban in Catbalogan City on Friday evening to honor the six soldiers who died during a Nov. 11 clash with the New People’s Army (NPA) in Borongan City.

He also condoled with the families of the slain soldiers.

Six soldiers were killed while 20 others were wounded in the firefight with communist rebels that lasted for about 30 minutes. 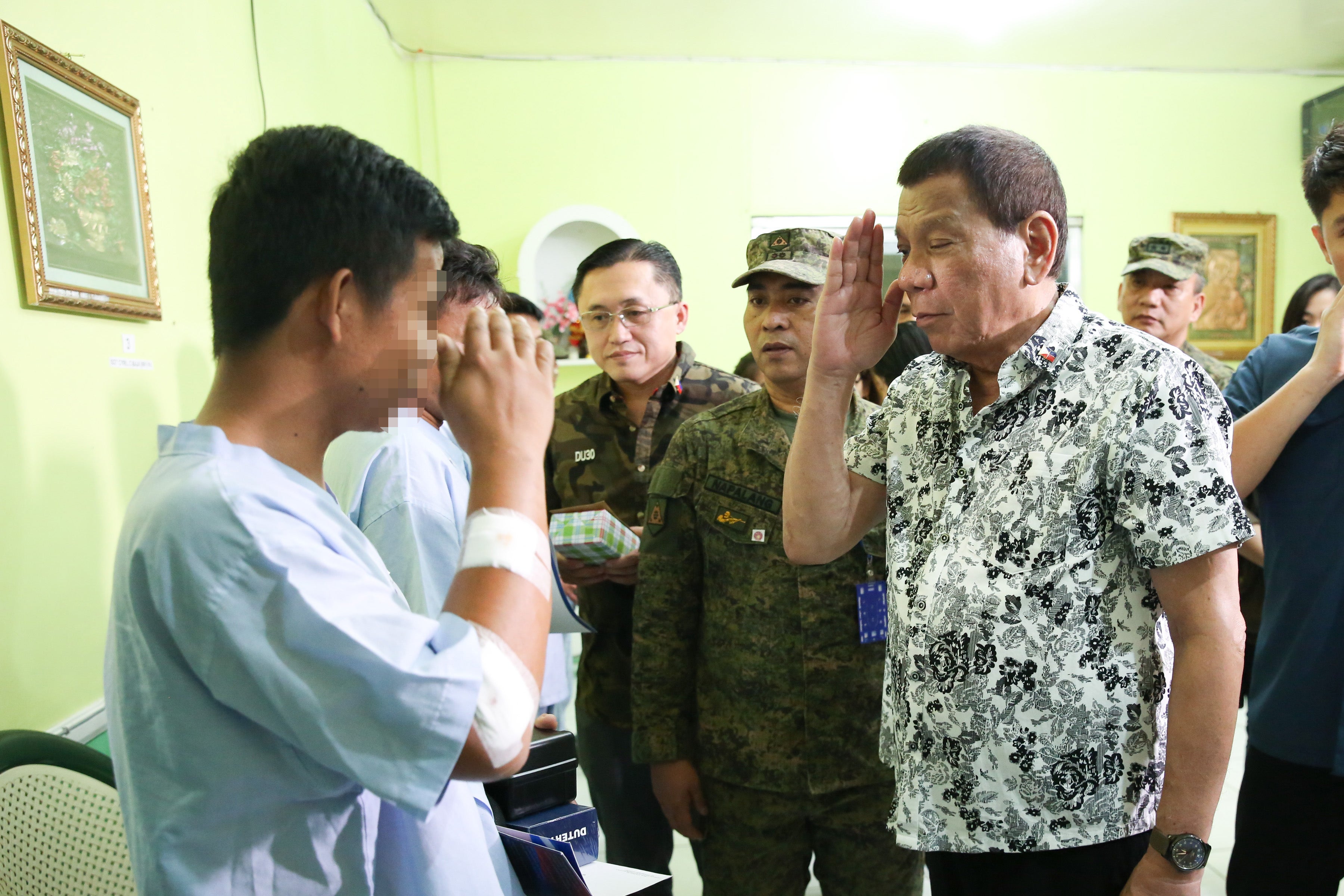 Aside from those killed, 24 other soldiers were wounded during the encounter.

The President conferred the Order of Lapu-Lapu, Rank of Kampilan to 16 personnel confined at the Camp Lukban Station Hospital.

Four other soldiers, injured during separate clashes with the rebels, were also conferred the Order of Lapu-Lapu by the President.

The Order of Lapu-Lapu is given to persons in the government or private sector who have rendered extraordinary service or have made exceptional contributions to the success of the President’s campaign or advocacy.

The dependents of the soldiers killed in action received financial assistance from the government while other support were extended through the state’s Comprehensive Social Benefit Program./lzb