Reggie Diel, who was initially among the accused but later turned into a state witness, narrated that on September 7, 2013, he was invited by Evangelista and Baser Manalang to rob jeepneys. Manalang remains at large as of posting time.

They were aboard Pepito’s Honda City vehicle after failing to look for a jeepney to rob when they chanced upon Davantes, who was about to go inside her home in Moonwalk Village in Las Piñas City.

Then, Diel said Evangelista and Manalang dragged Davantes into her Toyota Altis car while pointing a .22 caliber gun at her.

Diel, who was driving Davantes’ vehicle when their group headed to Tagaytay, said he exchanged cars with Pepito after the latter suggested that they kill the victim, to which Diel said he objected.

Evangelista then told Diel to drive to Silang, Cavite.

“When they passed a bridge, Jomar stopped and took something from the red car. Diel, Jorek, and Baser stayed in the red car. Diel then heard a loud noise when the female was thrown off the bridge,” the court’s decision read. 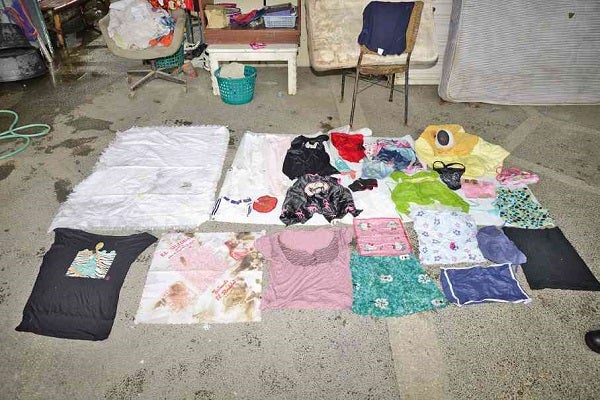 Davantes’ vehicle was then left in a remote village in Batangas before it was later transferred to Las Piñas City where they burned her vehicle.

The group initially intended to sell the vehicle, but it is believed that the buyer backed out upon learning of the Davantes case in the news.

Decimo initially pleaded not guilty. He eventually admitted guilt, saying his conscience had been bugging him.

Meanwhile, Pepito, Enriquez, and Evangelista all denied killing Davantes but admitted being present during the robbery.

“From the actions of the accused, based on what was proved by evidence, the intent of (this) group of men (was) to rob Kristelle Davantes. Their primary intention, or their modus operandi, was to take what they can from their victims inside a vehicle with the use of intimidation,” Judge Salvador Timbang Jr. wrote in his ruling.

“The taking of the car and the killing of the victim was because they have already been identified; hence, an afterthought,” he added.

The court further noted that there was “conspiracy” among the group based on their actions.

“While Diel was not able to confirm who really killed Kristelle Davantes, pinpointing the actual perpetrator is not necessary,” the court said.

“Case law establishes that whenever homicide has been committed by reason of or on the occasion of the robbery, all those who took part as principals in the robbery will also be held guilty as principals of robbery with homicide although they did not take part in the homicide, unless it appears that they sought to prevent the killing,” it added.