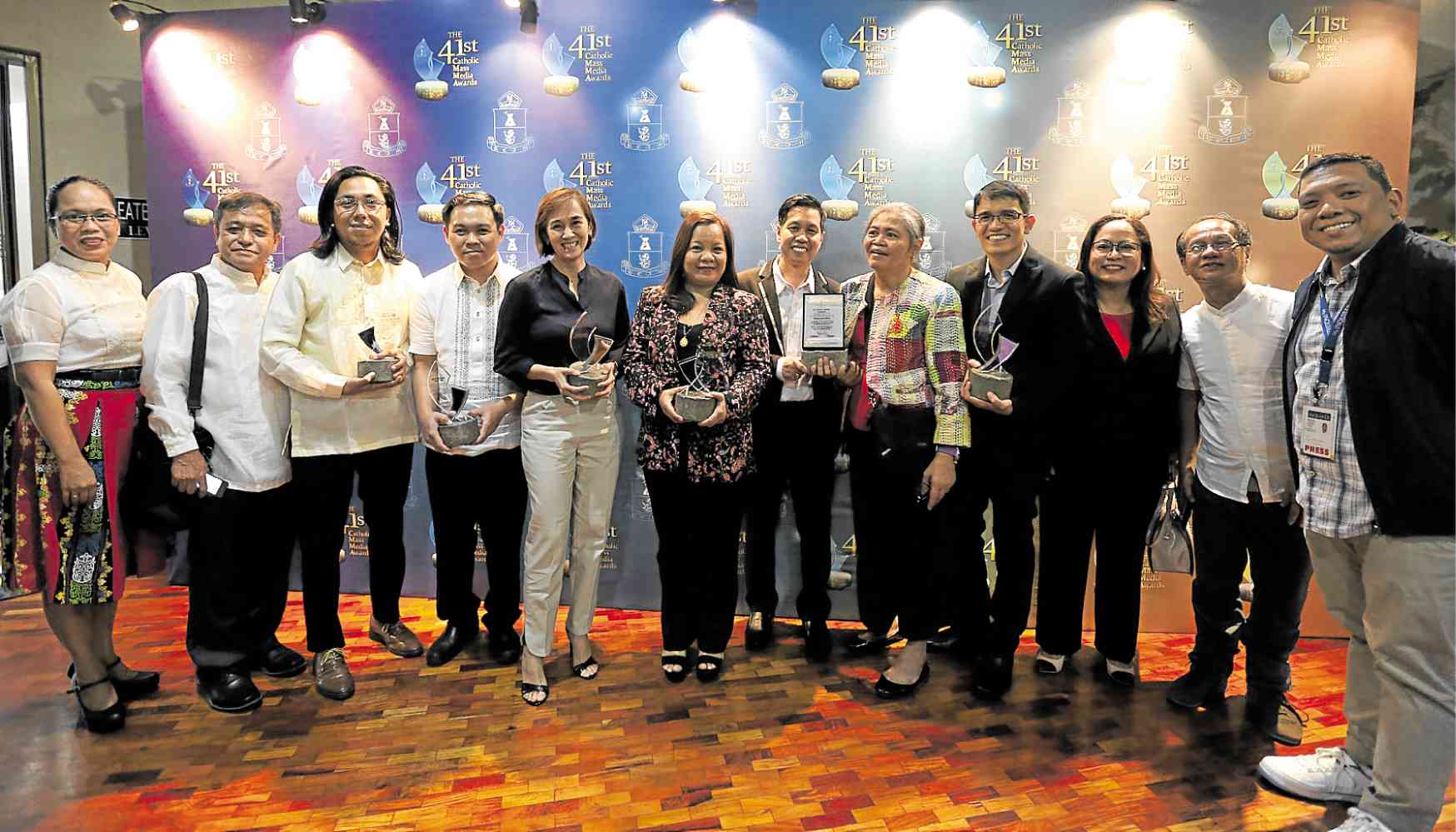 The Philippine Daily Inquirer bagged seven awards, including the top honors in six print categories, in this year’s Catholic Mass Media Awards (CMMA), where the Catholic Church recognizes and promotes the “responsible use” of the press.

Inquirer reporters Mariejo S. Ramos and Krixia Subingsubing won the award for best investigative report for their article “Church as healer of drug war wounds,”  a three-part series on how “survivors” of President Duterte’s drug war—the mothers, children and wives of those killed in police operations—found healing through counseling and support from the Catholic Church.

The two other finalists in this category were also from the Inquirer: “Greening Pinatubo” by Tonette Orejas and Allan Macatuno of Inquirer Northern Luzon and “Yolanda’s homeless” by Joey Gabieta, Hazel Villa and Connie Fernandez-Brojan of Inquirer Visayas.

Orejas and Macatuno got a special citation for their three-part series, which showed how the government had done little to reforest Pampanga, Tarlac and Zambales provinces 27 years after Mt. Pinatubo erupted.

Inquirer Southern Luzon photo correspondent Mark Alvic Esplana’s “Packed with Devotion” won the award for best news photo. Inquirer photo editor Rem Zamora and photographers Marianne Bermudez and Richard Reyes were the other finalists in this category, along with one each from Manila Bulletin and Philippine Star.

Inquirer columnist Randy David won the award for best opinion column for “Paradoxes,” which was published in the newspaper’s Jan. 31, 2019, issue.

His other cartoon, “The Good Shepherd,” about Pope Francis’ move against clergymen involved in sexual abuse, was also a finalist.

The best business column award went to the Inquirer’s Queena Lee-Chua for “Spoiled and entitled? A next gen speaks out.” The Inquirer’s April Lynn Tan also was a finalist in this category.

The award for best special feature went to Ador Vincent Mayol,  Inquirer Visayas desk editor, for “A park in the dark: Rising above one’s limits,” which came out in Cebu Daily News (CDN), an Inquirer group publication.

Two other CDN articles by Mayol were chosen finalists for this category—“Shining through the shadows” and “Battle vs cyberporn.”

There were two finalists from ABS-CBN Publishing Inc.

‘Not to glamorize evil’

The CMMA handed out dozens of awards for student publications, radio, television and film.

In his speech,  Tagle appealed to those in the mass media “not to glamorize evil” and to be more zealous in reporting good news.

“Sometimes unwittingly, unconsciously, our way of presenting evil present in society sometimes glamorizes the very evil that we want to denounce,” Tagle said.

“It is sad to hear when people say if it’s bad news, it will be reported. But if it’s good news, oh it’s too boring to report.”

Domagoso, a former show biz celebrity, paid tribute to the media industry which he said helped improve his life.

He urged Filipinos to contribute their share for the good of their cities and their country and not just expect change to come from government.

“People in government like me, especially politicians like me, come and go, but the institution stays. So change should not come only from us,” the Manila mayor said. “Tonight when you go home, look in the mirror and ask: What can I share with my country, my city, as a citizen?”

He expressed hope that future CMMA ceremonies could be held in Manila, specifically in one of its “many jewels,” the Metropolitan Theater.