SYDNEY – The death toll for wildfires raging across Australia’s most populous state has risen to four with a man’s body found in a scorched forest in northeast New South Wales. 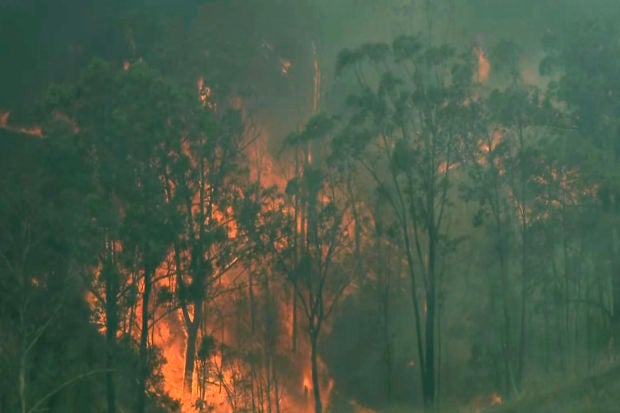 In this image made from video, forest trees are on fire in Hillville, New South Wales state, Australia, Wednesday, Nov. 13, 2019. More than 50 homes were damaged or destroyed and 13 firefighters were injured overnight by catastrophic wildfires across Australia’s most populous state before the emergency subsided on Wednesday, officials said. (Australian Broadcasting Corporation via AP)

Police say the body was found northwest of the town of Kempsey before midnight on Wednesday.

He is suspected to be a 58-year-old who lived in a nearby shed.

The man had not been seen since Friday when ferocious wildfires across New South Wales killed three people and destroyed at least 150 homes.

About 60 fires continued to burn around New South Wales on Thursday morning, with 27 uncontained by more than 1,000 firefighters.