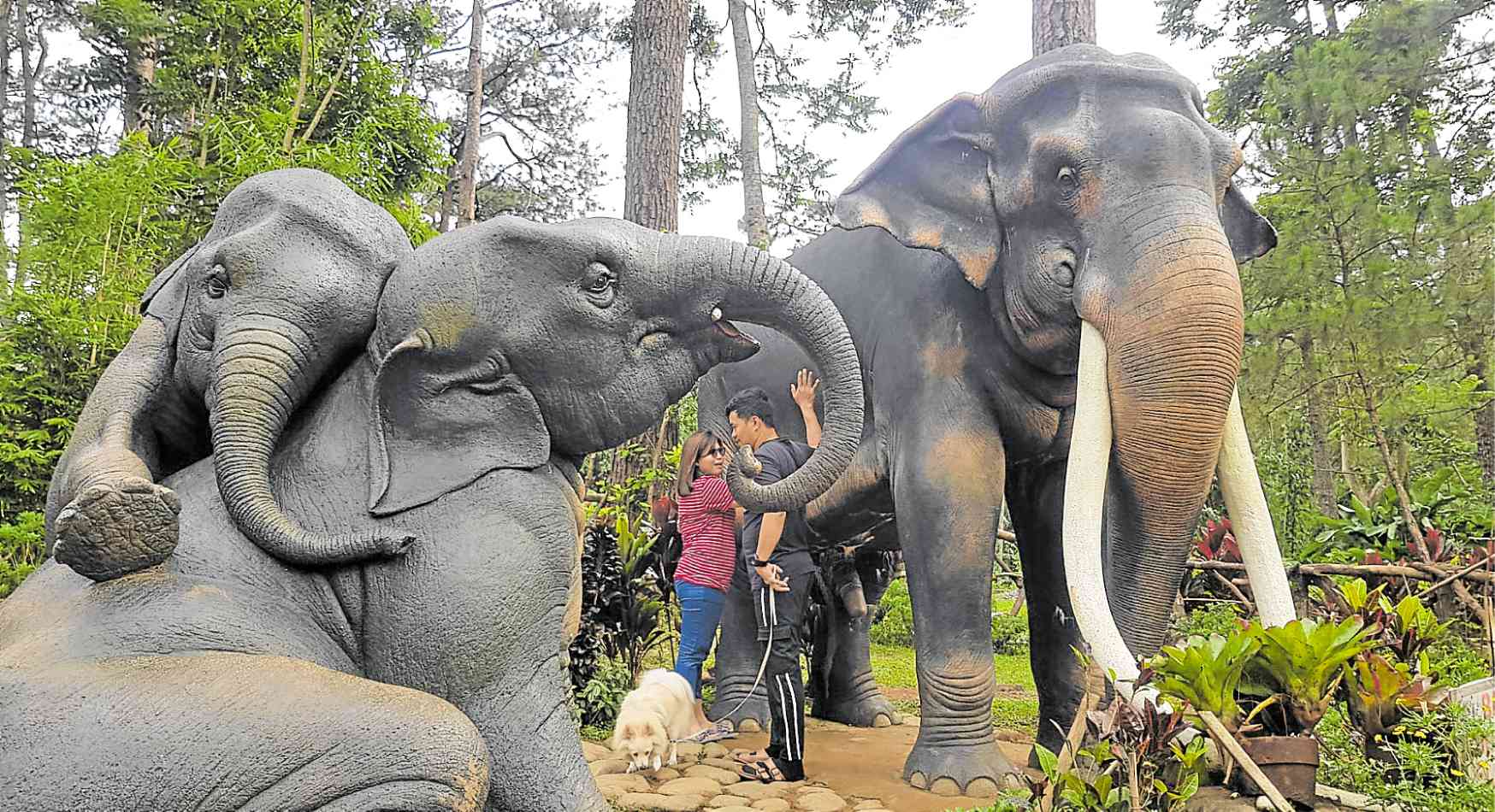 FAMILY SPOT An area at Baguio Botanical Garden, where elephant statues donated by the Royal Thai government have been put up, has turned into a favorite family spot in the park. —VALERIE DAMIAN

BAGUIO CITY, Benguet, Philippines — The operator of a zoo in Rizal province has offered to start a counterpart facility in the summer capital, saying zoological parks have become important as several species of animals start disappearing as their habitats are destroyed by man-made and natural causes.

Avilon’s animal handlers, in a video presentation during the executive-legislative meeting here this week, said the zoo could teach young generations about the importance of nature.

Joaquin Gaw, Avilon president, said they examined a 3-hectare site at Botanical Garden, which would be suitable for a zoo. The garden still has remnants of an aviary and small tunnels filled with cages, but Gaw said modern zoological parks no longer cage animals.

Avilon will need to determine the type of animals that will thrive in Baguio, considering the city’s climate, Gaw said.

The conservation group said it was willing to invest up to P400 million to build the zoo featuring elevated walkways for visitors, which would be built around trees, and a veterinary hospital under a 25-year lease agreement with the city government.

Gaw said a bigger area could accommodate a safari park, but the conservation group needed to assess the terrain.

Avilon’s initial offer was turned down during the administration of former Mayor Mauricio Domogan.

Waste management for the planned zoo was not discussed during the meeting this week, but Gaw assured city officials that a zoological park would be environment-friendly.

“We don’t even want to cut trees,” he said, adding that Avilon would spend P53 million yearly to sustain the Baguio park.

No data was available from the city records about when and why the old Baguio zoo was started, nor when it was officially discontinued.

Councilor Betty Lourdes Tabanda told Avilon officials that the city government’s bigger issue at the time it was running a zoo was the high maintenance cost.

“I was told the tiger was getting so skinny. I was still young but I was told the city had to feed the animals 3 to 5 kilograms of meat a week,” she said.