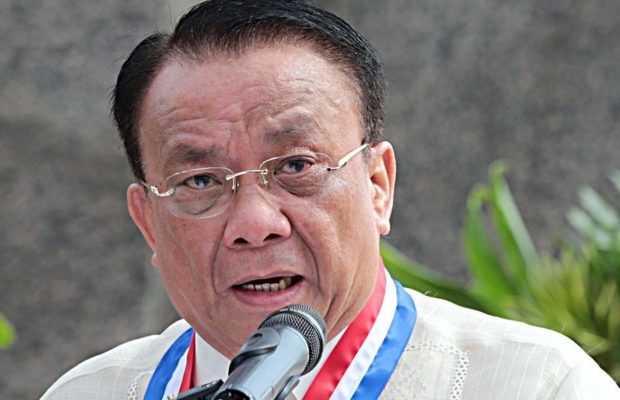 “I learned about that yesterday [Tuesday] when I briefly talked to him just before the ceremony for his Doctors of Law conferment by UE,” Brian Keith Hosaka, Supreme Court spokesperson and information chief, said.

He said the high court took efforts to secure the retired chief magistrate.

Hosaka said Bersamin, who retired last Oct. 18 on reaching the mandatory retirement age of 70, remained unruffled by the threats.

“He was his normal self-confident self. I guess coming from a political family, they have encountered this scenario before and they know how to handle it,” Hosaka said.

Bersamin comes from a political family in Abra whose members include former Gov. Estaquio Bersamin.

His brother, then Abra Rep. Luis Bersamin, and his bodyguard, SPO1 Adelfo Ortega, were killed on Dec. 16, 2006, after he attended his daughter’s wedding at the Mount Carmel Church in Quezon City.

Bersamin, who was then an SC associate justice, executed an affidavit identifying former Abra Gov. Vicente Valera as the person with the strongest motive to kill his brother, who he said was a threat to the political plans of Valera and his wife.

The retired chief magistrate last Monday went to the Quezon City Police District’s Criminal Investigation and Detection Group (QCPD-CIDG) and reported the threats, the latest of which was last Sunday while on his way home, his security aides noticed riding-in-tandem following them along Quezon Avenue on the way to Commonwealth Avenue. His driver increased speed after noticing that the back rider pointed at his vehicle.

Last month or days after his retirement, he received two threatening phone calls.

“If former CJ Bersamin needs protection from the National Bureau of Investigation, or he wants to investigate where the threat is coming from, we will help,” Guevarra said.

The NBI is the main investigating agency of the DOJ.