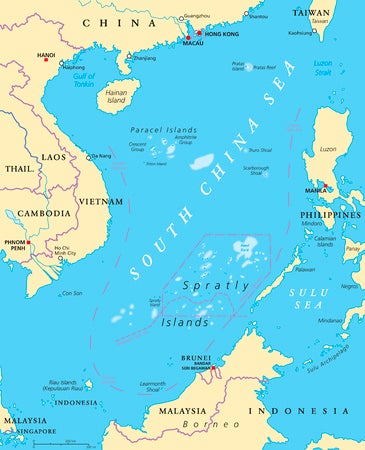 Vietnam has taken the fight over the territorial dispute with China to smartphones and apps.

The Vietnamese government announced on Friday, Nov. 8, that all Chinese-made gadgets, be it smartphones or car GPS navigation devices, will be confiscated if these show China’s “nine-dash line” claim over the West Philippine Sea and surrounding areas.

Anti-smuggling and investigation head Nguyen Hung Anh also ordered the inspection of all gadgets coming from China to check if they have the pre-installed maps and navigation apps showing China’s nine-dash line, as per Vietnamese broadsheet Tuoi Tre via Bloomberg, Nov. 8.

Vietnam last month banned the animated film “Abominable” from its theaters for a scene involving a map depicting Beijing’s claims in the disputed territories. Ian Biong/JB