MANILA, Philippines — Search engine giant Google has partnered with the Asian Institute of Journalism and Communication (AIJC) in the country to train 300 high school teachers who will educate some 9,000 students nationwide on recognizing misinformation and disinformation through news literacy sessions by December. 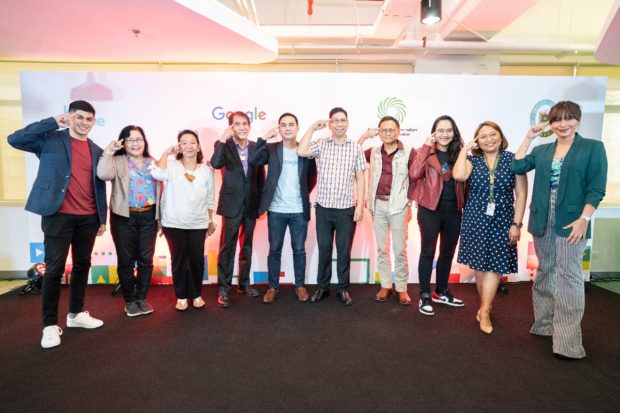 Google said funding for AIJC to hold summits in public and private schools is part of Google News Initiative’s US$10 million media literacy campaign funded by Google.org to help curb misinformation in global and local news.

“Media and information literacy is a key priority for Google. Together with partners from the public, non-government organizations and private sectors, we hope to play an active and lead role in helping Filipinos build critical thinking skills and knowledge needed to identify unverified news and misinformation,” Yves Gonzalez, head of the government and public affairs department of Google Philippines, said in a press statement on Wednesday.

“We need to rekindle interest in the news and help citizens, especially the youth, rediscover its importance. Teachers play a central role in helping their students becoming discerning in reading news stories across different media platforms,” said Tuazon.

He said the program is designed for students to know the relevance of news literacy in their everyday lives and equip them with the knowledge to verify news and other information they access online.

In line with the 8th Global Media and Information Literacy Week from October 24 to 31 led by UNESCO, Google recently launched the #ThinkFirst campaign to bring awareness and unite stakeholders in promoting media and information literacy in the country.

The campaign kicked off with a forum at the Far Eastern University in Manila, with members of the media, educators, student journalists, and key opinion leaders as guests.

Google said the campaign is also aimed at including news literacy as part of the Media and Information Literacy course nationwide.  /gsg