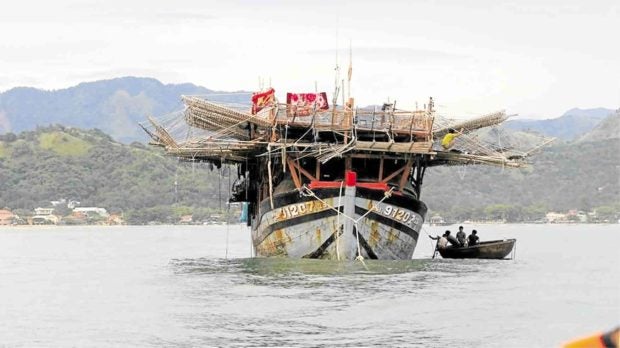 SUBIC BAY FREEPORT, Zambales, Philipines — The Vietnamese embassy in Manila on Tuesday said it was fast-tracking its assistance to Vietnamese fishermen who had been stranded in Subic Bay for almost a week due to bad weather.

In a letter to Olongapo City’s Public Affairs Office, the embassy said it had already coordinated with the Philippine National Police Maritime Group to help the fishermen return to Vietnam after seeking shelter here since Nov. 6.

It assured local officials that it was “facilitating the issue” after the Subic Bay Metropolitan Authority (SBMA) asked the Philippine Coast Guard to ensure that the foreign fishermen would leave the bay area immediately.

About 160 Vietnamese fishermen encountered rough seas and strong winds and had to take refuge to the nearest harbor here, according to Olongapo Mayor Rolen Paulino Jr.

On board five vessels, the fishermen were welcomed by villagers who offered them food and water.

Paulino said the fishermen had not left for Vietnam due to lack of fuel for their boats.

In a memorandum sent to the Coast Guard on Nov. 7, Jerome Martinez, the SBMA seaport department manager, said the Vietnamese fishermen would be fined for overstaying.

Martinez said foreign fishermen in distress were allowed to seek shelter in the bay but they needed to leave the port once the weather cleared up.

But on Tuesday, Ramon Agregado, the SBMA senior deputy administrator, said the agency had already recommended to its board of directors that the stranded fishermen be exempted from port charges.

“It would be the height of insensitivity for anybody to fine these Vietnamese fishermen who only sought succor in our shores due to bad weather,” Agregado said in a statement.

He said the seaport department’s memorandum “was simply a procedural reminder and a statement of policy, considering that the vessels entered Subic Bay without authorization.”

The SBMA said the Vietnamese fishing vessels entered Subic Bay without a clearance from port authorities.