Duterte condoled with the family of John Gokongwei Jr. at 11 p.m. at the Heritage Memorial Park in Taguig on Monday. 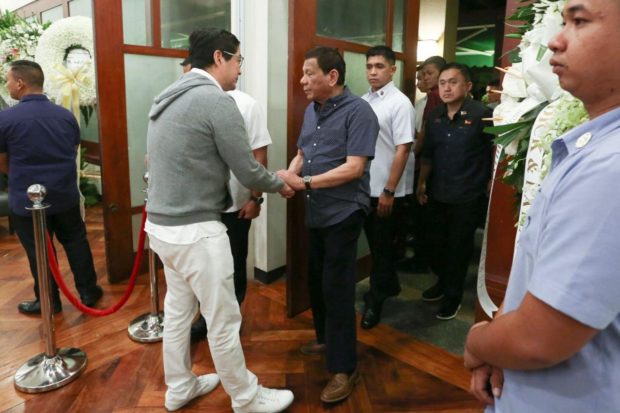 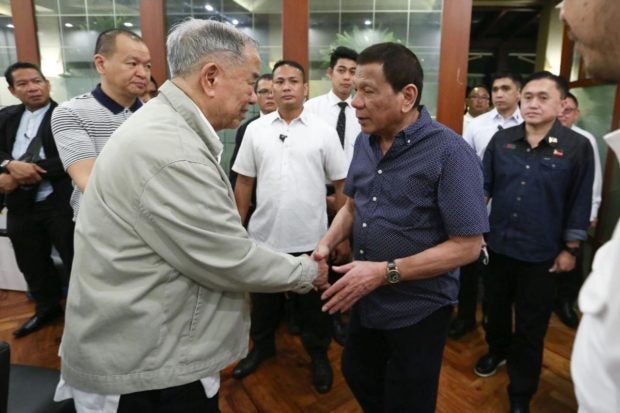 Tan passed away on Monday, two days after losing consciousness during a basketball match in Mandaluyong City.

Duterte visited the wakes hours before he flew to Davao City where he would work for the next three days. /gsg

Read Next
Leni Robredo playing cute? No, she’s cute, says ‘Bato’
EDITORS' PICK
Over 3 Million worth of prizes to be won at Smart Padala’s SENDali Manalo Promo!
Gear up and get ready to play with Yamaha Mio Gear
DOH: 28,471 new COVID-19 cases in PH; active cases now 284,458
Acer starts the year off strong with the Aspire Vero National Geographic Edition
On Day 2 of implementation, gov’t says workers now exempt from ‘no vax, no ride’ policy
Metro Manila posts lowest temperature yet this ‘amihan’ season at 19°C
MOST READ
In Batanes, octogenarian dies of COVID-19
Cold-case investigation names surprise suspect in Anne Frank’s betrayal
Emma Stone calls Andrew Garfield a ‘jerk’ after he ‘lied’ about his ‘Spider-Man: No Way Home’ appearance
Czech anti-vax singer dies after deliberate infection
Don't miss out on the latest news and information.