If they will leave garbage every day, then let’s prohibit all of them, says mayor
By: Nikka G. Valenzuela - Reporter / @NikkaINQ
Philippine Daily Inquirer / 04:06 AM November 12, 2019 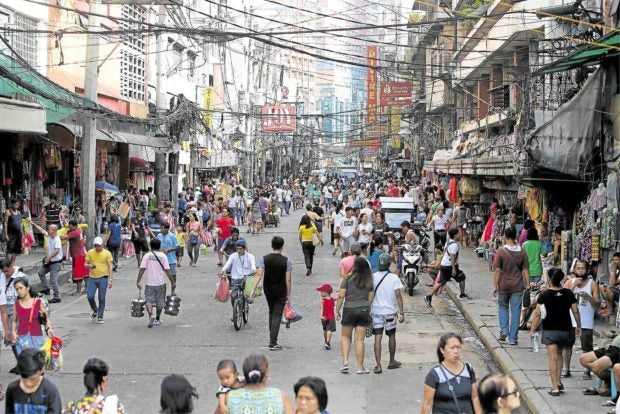 “[They have] no initiative [to keep the place clean]. If they will leave [garbage] every day, then let’s prohibit all of them,” an obviously irked Domagoso said during the inspection aired on Facebook live.

Addressing some vendors who were in the area, he told them: “Are you not ashamed or are you also this messy inside your own houses? Do I really need to surprise you? I’m already giving you a chance to work.”

In an earlier interview, the mayor told the Inquirer that ambulant vendors were allowed only on selected streets in Divisoria: Carmen Planas, Tabora and the portion of Ilaya near Moriones and Binondo.

Under no circumstances should they occupy major roads or Mabuhay Lanes like Juan Luna Street and Recto Avenue, he stressed.

The vendors should also abide by conditions set by the city government, Domagoso said. These included limiting the size of their stalls to 1 meter by 1 m and making sure that they do not block the passage of pedestrians or vehicles.

“If people [and vehicles] cannot pass because [vendors] are occupying the whole street, I will make their Christmas sad. We gave them the opportunity to sell on the condition that they observe discipline,” he added. 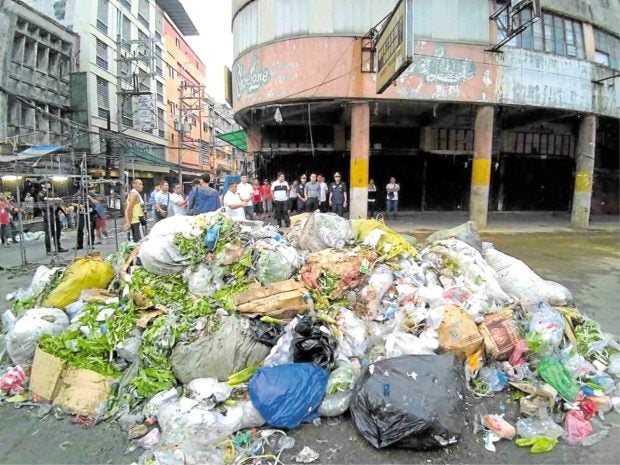 EYESORE The cause of the mayor’s dismay: Huge piles of trash scattered everywhere on the street. —MANILA PIO

During Monday’s flag ceremony, he told City Hall employees that there had been reported attempts to extort money from street vendors for the holiday season.

“To those organizers watching, return the money that you had asked for in advance from the vendors. You’re the ones spreading the news that, ‘It’s Christmas! We’re going back to Recto,’” Domagoso said.

“You’re abusive. You are liars. You can fool the common man. If I see you, it will be different, believe me,” he warned.

Stars, politicos put it on ‘The Great Dictator’ video protest vs anti-terror law