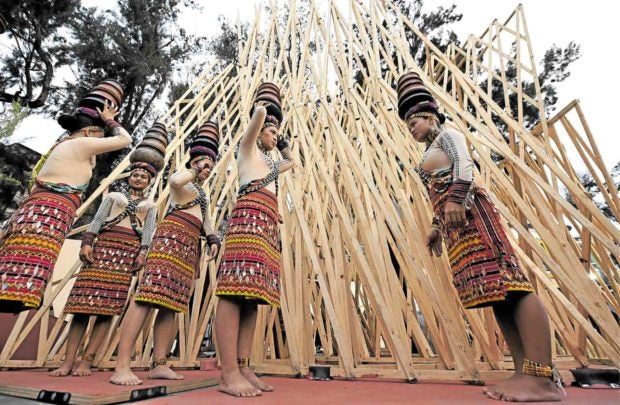 CULTURE, ART AND CRAFTS Students prepare for a cultural presentation at Malcolm Square in downtown Baguio to celebrate the summer capital’s selection as a Unesco “creative city.” EV ESPIRITU

BAGUIO CITY, Benguet, Philippines — The elaborate chalk art on Session Road in downtown Baguio every Sunday reveals the creativity of residents and their need to express themselves.

Afternoon rains eventually wash away the artwork, which students and families draw when a part of the road is closed to traffic.

But the people, who pushed for Baguio’s selection as the country’s first “creative city” in 2017, hope these artworks will convince the government to put up a permanent coordinating body that will harness their creativity and improve the lives of artisans, Raymundo Rovillos, chancellor of the University of the Philippines (UP) Baguio, said last week.

The city council has yet to act on a proposed ordinance organizing a creative economy committee, which will not only curate the city’s best artworks and craft products but also improve the livelihood and market access of wood carvers, silversmiths, basket makers and weavers, he said.

Baguio was chosen for its crafts and folk art when it joined a “creative cities network” of the United Nations Educational, Scientific and Cultural Organization.

This group is composed of 246 cities that use creativity to bolster their respective urban economies. Last month, Cebu became the second creative city for design.

Baguio committed to build more art spaces such as galleries, a design center and a creative hub or center where artists and craftsmen could work, Rovillos said.

He said a sidewalk project, being undertaken by the city government, would make a walking tour around galleries within the central business district comfortable and safe.

Rovillos organized the news conference to announce the staging of the International Conference on Southeast Asian Crafts and Folk Art on Nov. 21 to 22, the first of many gatherings Baguio also promised to do as a creative city.

The conference fulfills Baguio’s task to “exchange cultural knowledge and practices with other creative cities,” he said, adding that other elements for upgrading the city’s “creative economy” are being set in place.

The Saint Louis University has opened a fabrication laboratory that can generate designs and materials required by craftsmen.

UP Baguio is also developing an innovation center that will tap various fields, such as physics and chemistry, to improve local crafts like indigenous weaving, Rovillos said.

But the city needs someone to coordinate and guide these activities so Baguio projects are not simply “ad hoc” or “reactive,” he said.

Since the 1980s, Baguio has also been a haven for artists like National Artists Ben Cabrera and Kidlat Tahimik. These artists are brand names that would draw tourists and scholars to what has been called a “creative city circuit” that connects all these art communities.

But many artists and craftsmen surveyed by UP Baguio and the Asian Institute of Management for a profile of the city’s creative community showed they operate with no business licenses and paid no taxes.

The city government or the Department of Trade and Industry should offer them incentives and show them the benefits they would have by operating as enterprises, Rovillos said.

According to the survey, among the informal craftsmen are household members at Quirino Hill here who have organized a weaving community but are still too small to be eligible for loans. So they have been unable to buy better equipment to make production faster and bigger.

To be sustainable, wood carvers need to be introduced to alternative materials such as bamboo, Rovillos said.

The study also said artists needed a “dedicated space to showcase their works.” The old Diplomat Hotel, which served as the Dominican Retreat House in 1913, could be the permanent creative hub, according to Baguio officials.