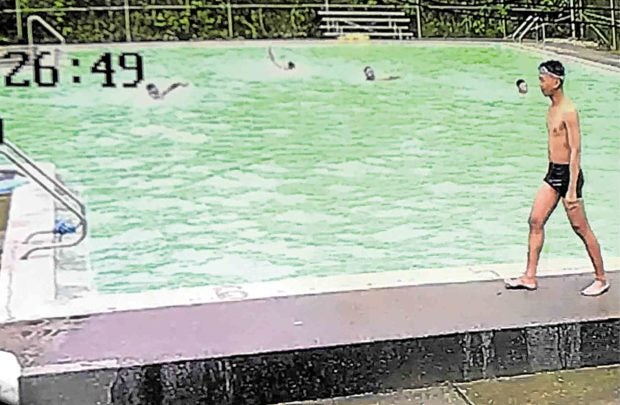 FORT DEL PILAR, Baguio City, Philippines — The Philippine Military Academy and the Philippine National Police are trying to determine if negligence led to the accidental drowning of a PMA cadet, the third to die in a span of four months since the Sept. 18 death of hazing victim Cadet Fourth Class Darwin Dormitorio.

Telan’s body was found by his schoolmates who searched for him when the plebe failed to return after attending the 11 a.m. swimming class, said Capt. Cheryl Tindog, PMA spokesperson.

Security camera footage and an autopsy indicated that the plebe from the Cagayan town of Enrile drowned, she said.

But investigators are checking if the two swimming instructors failed to “institute the necessary safety measures or protocols during the class,” Co said.

The tragedy came at the worst time for PMA, she said.

Telan was classified as a nonswimmer when the plebes underwent a series of diagnostic examinations before they began their swimming lessons, Tindog said.

The cadets, all members of PMA Class of 2023, were undergoing practical examinations on Friday. They were supposed to display their skills in 100-meter freestyle swimming, 15-minutes of free floating and the deep dive.

Some cadets were allowed to do warm-up exercises on one end of the pool while their classmates took their tests.

The footage from the single camera at the pool show “Telan had difficulties when he was practicing,” Tindog said, and failed the first phase of the practical test.

Despite this, Telan was allowed to join fellow cadets dive for the free floating exercises, “which was an irregularity that is now being probed,” she said.

Footage showed Telan in a happy mood. He dove into the water but none of the cadets realized that Telan had not surfaced.