For love of Lapu-Lapu: MTRCB urged to look into Magellan film

The Movie and Television Review and Classification Board (MTRCB) must prevent the “bastardization” of the memory of Lapu-Lapu, the island warrior-chieftain hailed in history as the first freedom fighter of what would later emerge as the Filipino nation, a lawmaker said as he called for a review and possible ban of an animated movie about the first circumnavigation of the globe.

Agusan del Norte Rep. Lawrence Fortun called on the MTRCB to study the upcoming film “Elcano and Magellan: The First Voyage Around the World,” and tap historians to check the film for any inaccuracy or distortion.

“There are apprehensions that our cherished hero Lapu-Lapu might be depicted as a villain in this movie, and we, as Filipinos, cannot allow such a lie to be propagated right on our very own soil,” Fortun said in a statement on Friday. 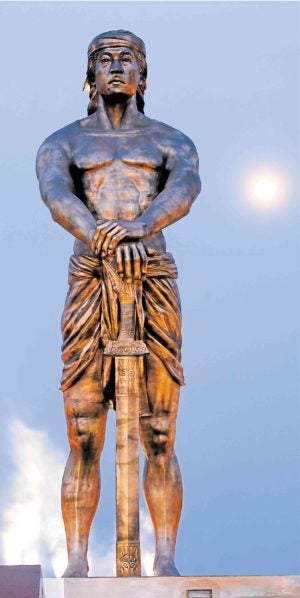 Set to be released in January 2020, the Spain-produced movie follows the Spanish expedition to the East Indies led by the Portuguese explorer Ferdinand Magellan from 1519 to 1522.

Magellan was killed in a battle with forces led by Lapu-Lapu, ruler of Mactan Island in what is now Cebu province. Juan Sebastian Elcano, one of the sailing masters of the Magellan fleet, would complete the return voyage to Spain and accomplish the first circumnavigation of the globe.

News of the movie’s scheduled release next year has already drawn criticism online, with some netizens taking issue with what they consider to be the “romanticization” of the colonizers’ exploits at the expense of the natives’ image in history.

Fortun said a careful review was necessary to avoid a repeat of what happened when the film “Abominable” was pulled out after initially receiving a “G” rating from the MTRCB. The movie became controversial for a scene showing a map featuring China’s nine-dash line claim in the South China Sea, which is disputed by the Philippines.

“We hope the agency mandated to empower Filipinos to be ‘able to evaluate and intelligently choose media and entertainment content’ will take a more proactive stance this time around,” Fortun said.

Created by Presidential Decree No. 1986, the board is mandated to exercise its regulatory functions on films or TV shows by “applying contemporary Filipino cultural values as standard.” It can object to a scene or an entire production for being “immoral, indecent, contrary to law or good customs, (or) injurious to the prestige of the Republic of the Philippines or its people.”

Fortun suggested that the MTRCB consult Philippine historians so they can “provide a more in-depth perspective and ensure that the movie will not dishonor Lapu-Lapu’s rightful place in our collective memory.”

MTRCB chair Rachel Arenas, when asked for a response, said that the board had yet to receive a request for review of the film from its producer. “They have to make that move first,” she said.

“I cannot make any comment because I don’t want to preempt the process,” she told the Inquirer by phone on Friday night.

“You see, in reviewing films, you can’t watch only specific scenes,” she said. “You have to see the film in its entirety. Trust that the board members who will be assigned to review it will deliberate and will be very objective.” —WITH A REPORT FROM MARINEL R. CRUZ

TAGS: Elcano and Magellan: The First Voyage Around the World, Lapu-Lapu, Magellan film, Movie and Television Review and Classification Board