As holidays draw near, vendors hope streets will have space for them 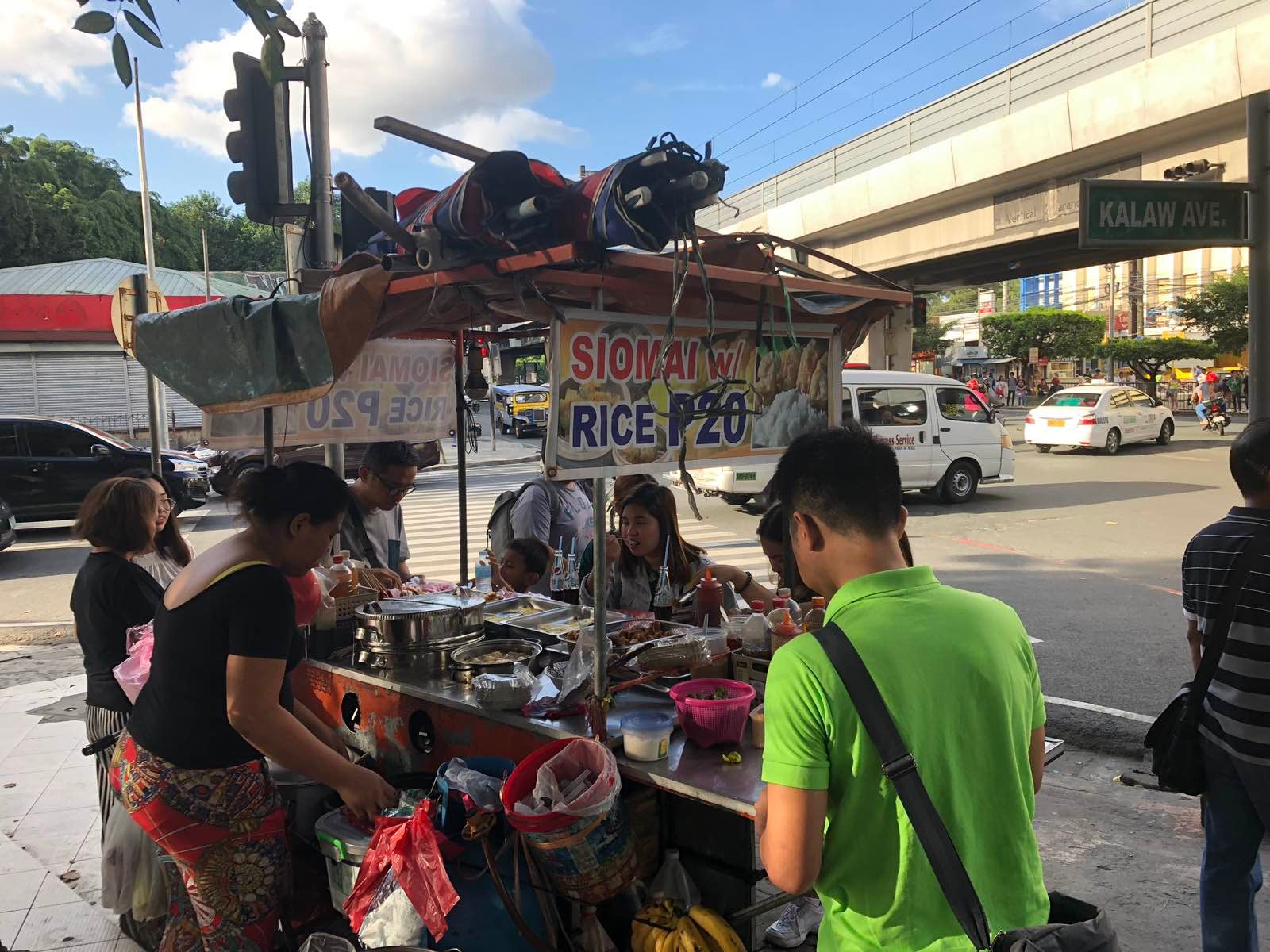 MANILA, Philippines — Jhong has been selling junk food and bottled water to commuters and passersby near the UN Avenue station of Light Rail Transit in Manila for nearly 11 years.

Jhong would be vending for 24 hours daily to earn between P8,000 to P9,000 which he considered enough to bring food to the table for his family.

That was until the government carried out a road clearing program nationwide. Suddenly, Jhong’s source of income was illegal.

He said, though, that he would continue to do what he had been doing but with fear that authorities would seize his sidecar and product if they caught him. Vendors, he said, play cat-and-mouse games with village officials.

Nowadays, his earnings don’t even reach P7,000 a month which is too insufficient for the tuition of his four children.

Talking with INQUIRER.net in Filipino, Jhong said vendors heeded Manila Mayor Isko Moreno’s order for them to stop selling on the streets.

The need to earn to buy food forced vendors to return to the streets “because we no longer have money,” said Jhong. “We have no more savings,” he said.

Karen Bangkawayan, a snack vendor for six years, said vendors were ordered to leave the streets and their carts are seized.

Since the road-clearing campaign started, Bangkawayan’s earnings averaged just P5,000 a month, which was not enough for rent. She now owes two months’ worth of rent.

Struggling to earn, Bangkawayan said the government should stop the road-clearing campaign. Vendors, she said, could position their stalls on sidewalks near walls. “We won’t obstruct roads,” she said.

Jhong’s only request to the government was for the road-clearing campaign to be suspended at least in December during the holiday season, when sales are normally high.

He said he and other vendors had already heeded Moreno’s order to clean up. “We wish they would give us a chance during the Christmas season,” said Jhong. “Give us a chance to profit and make a happier Christmas for our children,” he said.

The DILG, however, would sustain the campaign and conduct quarterly inspections starting this December.

Asked if vendors consulted the local government on their plea, Jhong said they had written many requests for vendors’ stalls be given space on public roads.

“We tried to ask them to give us a chance to pursue our livelihood,” said Jhong. “They said we will study arrangements but we don’t have any funds,” he said.

Jhong asked the city government to fast track alternatives for vendors, saying some are being forced to borrow money for basic needs. 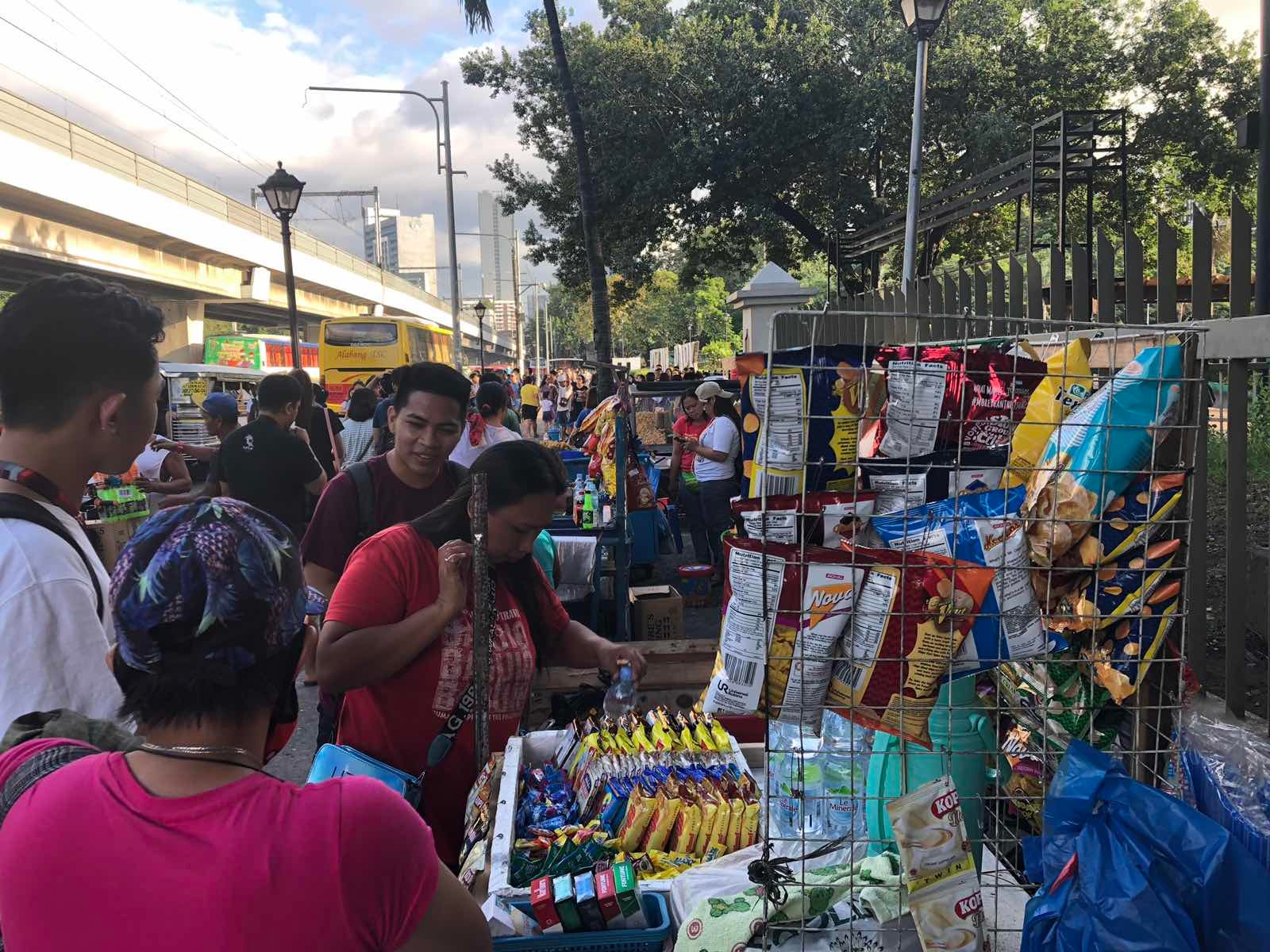 Joel Miralpes, a vendor since 2000, proposed to the Manila government that vendors be allowed to sell at markets, plazas and parks.

He said in markets or plazas, “you can’t see any obstruction because, at the plaza, you only see students relaxing, there are no cars.”

Miralpes looked beyond what’s happening in Manila to 2016 when President Rodrigo Duterte won the presidential elections. He said vendors were disappointed.

Miralpes, who had supported Duterte, said he had thought that Duterte’s policies would improve the lot of the poor. He said it turned out he was wrong.

“At some point, after Duterte won in 2016, we were all happy,” said Miralpes.

“The poor supported him. But now we were surprised that Duterte’s programs are not focused on improving the lives of the poor,” Miralpes said in Filipino.

He said, though, that he knew Moreno was just heeding the DILG order but still he said he felt disappointment toward the Manila mayor.

After the 2019 elections, he said “we were again happy because the so-called Batang Maynila won.”

“Moreno vowed to give programs that would benefit Manilenos,” he said.

He said he believed that the city government of Manila was carrying out road-clearing “even if they don’t want to.”

He said he believed Moreno did not want the people to lose their sources of livelihood but was forced to carry out the DILG order.

Miralpes also said the DILG should first find alternatives for vendors who would lose income as a result of road-clearing.

He said he could not understand why vendors are considered obstructions “when they can think of alternate ways to regulate vendors’ places.”

“The government does not care if its program will make vendors hungry or evict vendors from their places of livelihood,” he added.

Malaya said vendors may sell during the Christmas season but must do so in places designated by the local government units for vending.

Letting vendors return to the streets, he said in a text message, “would be a step backward and runs counter to the intent of returning all public roads to the public.”

He said local government should have policies on vendors and identify where they may be allowed to ply their trade./TSB