No damage reported but aftershocks seen after 5.1 quake in Eastern Visayas 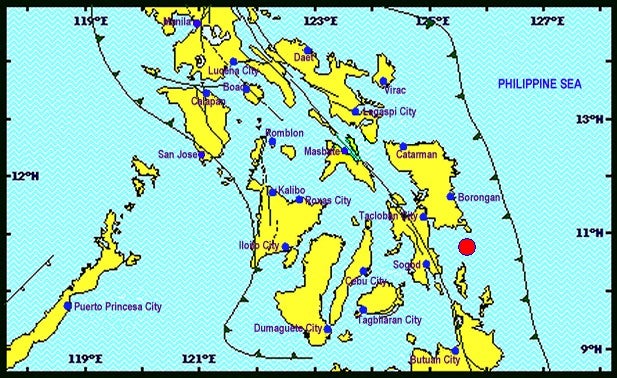 TACLOBAN CITY –– No damage has been reported from a 5.1- magnitude earthquake that hit parts of Eastern Visayas, according to the provincial disaster risk reduction management officer (PDRRMO).

The tremor struck from the epicenter in Guiuan town, Eastern Samar at 1:31 p.m. Friday.

“We are glad that the tremor did not cause any damage,” said PDRRMO Josefina Titong in a phone interview.

Titong, however, called on the public to be alert as aftershocks were expected.

The tremor happened when Eastern Visayas was commemorating the 6th anniversary of the onslaught of Supertyphoon “Yolanda” that killed some 6,300 people in 2013. /lzb