Street vendors back in Divi as Isko sets conditions 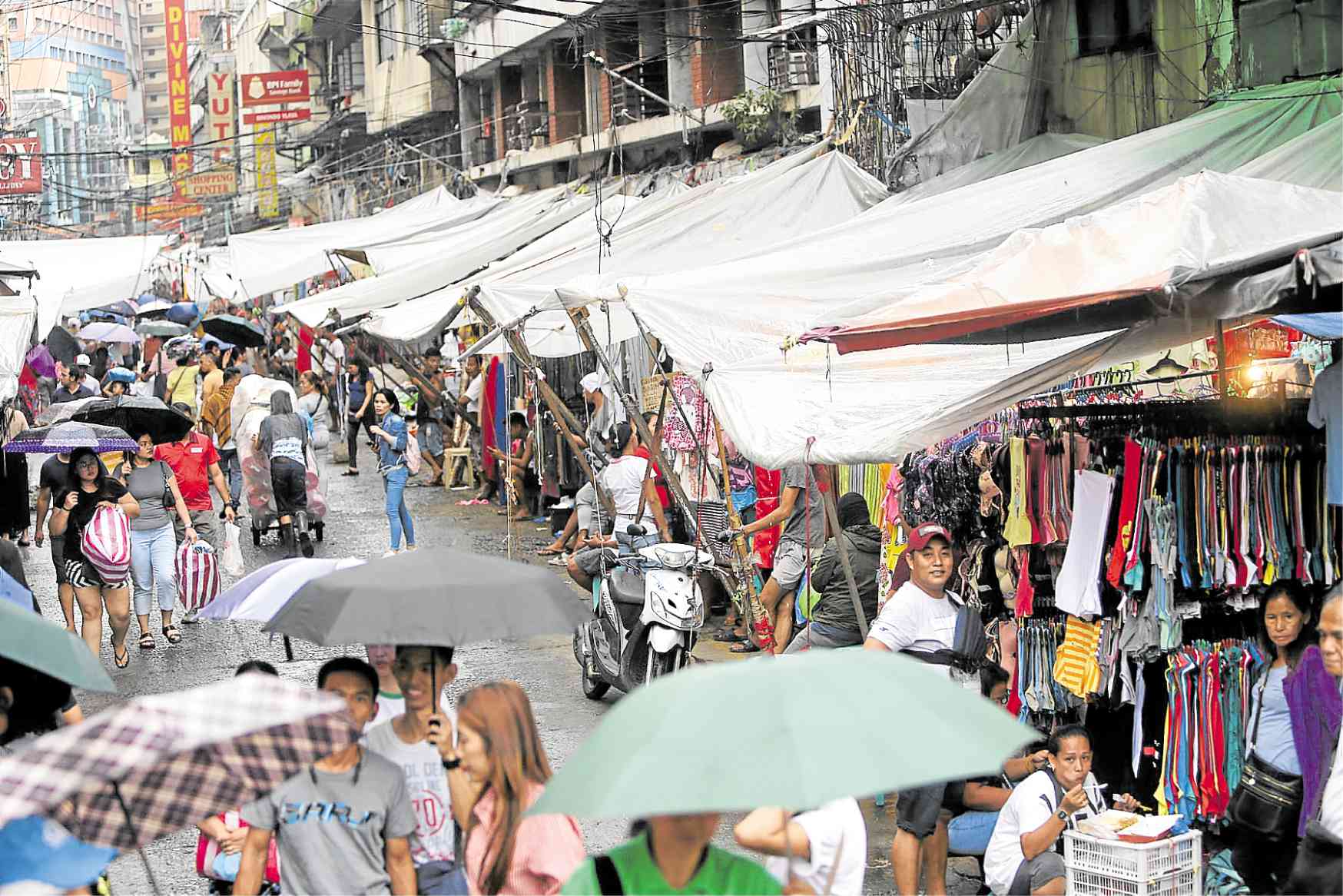 THEY’RE BACK Vendors make a comeback on Ilaya Street in Divisoria just in time for the holiday season. —Edwin Bacasmas

Street vendors are back in Divisoria but with the permission of Manila Mayor Francisco “Isko Moreno” Domagoso.

Domagoso told the Inquirer on Thursday that he had set several conditions that they must comply with.

“If people [and vehicles] cannot] pass because [vendors are occupying] the whole street, I will make their Christmas sad. We gave them the opportunity to sell on the condition that they observe discipline,” he said.

Another condition set by the city government was that their stalls should measure 1 meter by 1 meter. According to Domagoso, if vendors exceed the space allotted for them, “it would be like they were mocking the government.”

For now, ambulant vending was allowed only in the following areas: Carmen Planas and Tabora Streets and the portion of Ilaya Street near Moriones.

Major roads like Juan Luna Street and Recto Avenue, however, must always be vendor-free.

But some vendors continue to play a cat-and-mouse game with authorities who regularly check the area.

A woman on Juan Luna Street who was selling grapes on a bilao said that the bulk of her goods was being kept at a nearby store. Should anyone from the city government show up, her goods would be safe.

She added that she was out of work for two months after the city government cleared the streets of Divisoria. Since returning to the area, her sales have yet to pick up. “It’s definitely because of the no-vendor policy,” she said.